The EU Space Program Agency has started operating in Prague 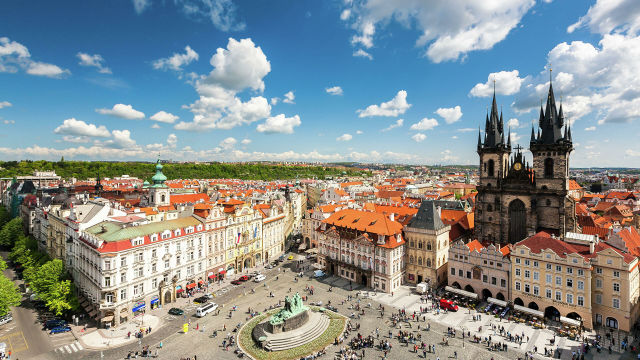 PRAGUE, May 12. /TASS/. The European Union's Space Program Agency (EUSPA) has been operating in Prague since Wednesday. It was created on the basis of the European Satellite Navigation System Agency Galileo, whose head office was located in the Czech capital since 2012 and was transformed into the headquarters of EUSPA. This was reported by Czech Television.

"EUSPA will play a key role in the implementation of the EU space program and the realization of the community's ambitions to explore the Universe," said Rodrigo da Costa, executive director of the new agency, who previously headed the European Satellite Navigation System Agency Galileo.

He stressed that the EUSPA should optimize the effectiveness of the EU's growing investment in space research. "This goal will be achieved by strengthening cooperation between the individual components of the [EU] space program, primarily in the field of navigation and Earth observation. The goal is to encourage innovation across a wide range of industries [science and economics], " said Rodrigo da Costa.

EUSPA will have 600 employees. So far, there are 200 experts working there, who joined the new structure from the European Agency for the Satellite Navigation System Galileo. A new EUSPA building is planned. At the moment, its headquarters are located in the Golesovice district of Prague.

The rights to this material belong to ТАСС
The material is placed by the copyright holder in the public domain
Страны
Чехия
Проекты
Евросоюз
Do you want to leave a comment? Register and/or Log in
Log in via Facebook
In Japan, the upgraded "Pantsir-S1M" was evaluated
The National Interest (США): российский танк Т-80 — это не шутка
The Permanent Representative of the Russian Federation to international organizations in Vienna Ulyanov called the refusal of AUKUS to provide data on the union abnormal
Новый «стратег» исправит проблемы российских бомбардировщиков
"Калашников" создаст на базе АК-308 автомат нового поколения
Победа СССР без единого выстрела. Почему США свернули проект «Валькирия»
Turkish air defense was considered capable of surpassing the S-400
Как российскому автопрому обрести больше свободы от импорта
The Russian "Flex-C" was called an analogue of the Polish complex
The United States agrees with Stoltenberg on the inadmissibility of Russia's influence in the issue of NATO expansion
Tank killer: the work of the PTKM-1R anti-roof mine was shown on video
Korean aircraft carrier "won back" funding
Шойгу счел необходимым построить в России еще несколько крупных городов
Putin signed the law on the powers of Roscosmos in the field of infrastructure construction
Network-centric wars. In the Russian Federation conducted exercises on a new type of combat
other topics discussed
2006-2021 © ВПК.name. All rights reserved.
When reprinting, link to ВПК.name required.
User agreement.
№ 21-PP in the register of information distributors.
18+
Website hosting: TimeWeb.