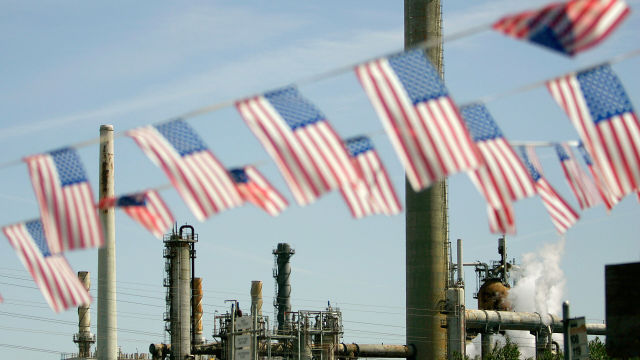 MOSCOW, May 10-RIA Novosti. The US authorities have declared a regional emergency in connection with the suspension of the work of the largest operator of the United States, Colonial Pipeline, engaged in the transportation of fuel through the pipeline.

Earlier, the Colonial Pipeline said that it was subjected to a cyber attack. In this regard, the company shut down some systems "to contain the threat, which temporarily halted all operations related to the pipeline, and affected some information systems." According to media reports, the cyber attack on the Colonial Pipeline was carried out using a ransomware program. The Bloomberg agency reported that the attackers from the DarkSide criminal group were behind the attack, they managed to steal 100 gigabytes of the company's data.

"The officials of the region hereby declare the existence of an emergency situation ...This emergency occurred as a result of an unexpected shutdown of the Colonial pipeline system due to network problems, which affects the supply of gasoline, diesel, aviation fuel and other refined petroleum products throughout the affected states, " the US Department of Transportation said in a statement.

The law affected states in the east and south of the United States, including New York, Virginia, Florida, Arkansas, Texas, Mississippi and a number of others.

"This statement refers to the emergency conditions that require the immediate transportation of gasoline (and other fuels), and to provide the necessary assistance," the US Department of Transportation said in a statement.

Colonial Pipelines said on Sunday that the main fuel transportation lines are down, but several smaller lines between terminals and delivery points have already started operating.

According to analysts interviewed by the New York Times, it may take several days to restore the Colonial Pipelines systems.

The rights to this material belong to РИА Новости
The material is placed by the copyright holder in the public domain
Страны
Россия
США
Проекты
ИТ
Do you want to leave a comment? Register and/or Log in
Log in via Facebook
The Permanent Representative of the Russian Federation to international organizations in Vienna Ulyanov called the refusal of AUKUS to provide data on the union abnormal
The United States agrees with Stoltenberg on the inadmissibility of Russia's influence in the issue of NATO expansion
In the USA, they were surprised by the size of the Su-75
The National Interest (США): российский танк Т-80 — это не шутка
Korean aircraft carrier "won back" funding
Шойгу счел необходимым построить в России еще несколько крупных городов
The State Duma appreciated the idea of banning the sale of grenades after the shooting at the MFC in Moscow
British military demanded $1.1 million for stuttering after Estonian frosts
Sasapost (Египет): американцы создают самый мощный лазер в истории. Что это значит?
Tank killer: the work of the PTKM-1R anti-roof mine was shown on video
Корпорация "Иркут" до конца 2018 года поставит ВКС РФ более 30 истребителей Су-30СМ
Как России зарабатывать больше на продаже вооружений
Putin signed the law on the powers of Roscosmos in the field of infrastructure construction
In the USA, they called the advantages of the Russian "Sun"
Американский эксперт назвал пять мощнейших российских танков
other topics discussed
2006-2021 © ВПК.name. All rights reserved.
When reprinting, link to ВПК.name required.
User agreement.
№ 21-PP in the register of information distributors.
18+
Website hosting: TimeWeb.