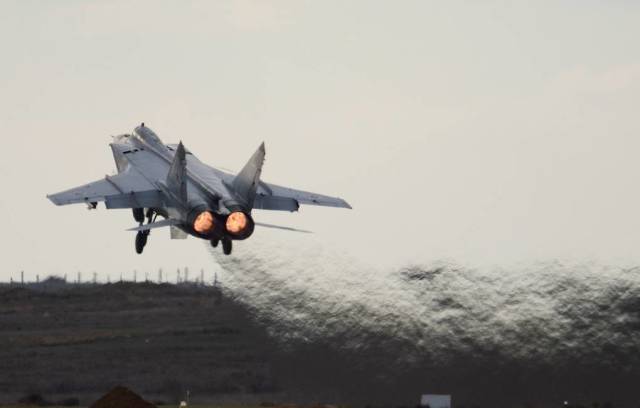 There were no violations of the state border

MOSCOW, May 6. /TASS/. A Russian MiG-31 fighter jet was taking off to escort a US Air Force RC-135 strategic reconnaissance aircraft in the Chukchi Sea, the National Defense Control Center of the Russian Federation reported.

"To identify an air target and prevent violations of the state border of the Russian Federation, a MiG-31 fighter from the Pacific Fleet air defense forces on duty was lifted into the air," the report says. "The crew of the Russian fighter identified the aerial target as a USAF RC-135 strategic reconnaissance aircraft and escorted it over the Chukchi Sea."

The center noted that after the RC-135 turned away from the border, the Russian fighter returned to the home airfield. There were no violations of the state border.

"The flight of the Russian fighter jet was carried out in strict accordance with the international rules for the use of airspace," the NTSU said.