"We flew in full." Which countries will suffer from Russia's withdrawal from the DON? 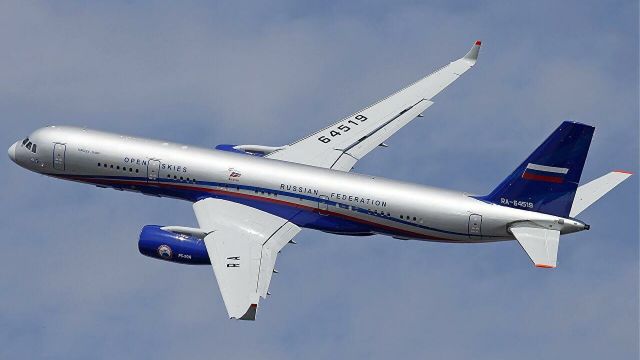 The Russian government has approved the denunciation of the Open Skies Treaty. Military expert Dmitry Litovkin on the air of Sputnik radio expressed his opinion about the possible consequences of Russia's withdrawal from the treaty.

The Russian government has approved the denunciation of the Open Skies Treaty, and the corresponding document has been published on the Internet portal of legal information.

"Submit it to the President of Russia for submission to the State Duma of the Federal Assembly... a proposal to denounce the agreement, " the decree reads, as quoted by RIA Novosti.

The Open Skies Treaty (DON) was signed on March 24, 1992 in Helsinki. The document has become one of the confidence-building measures: it allows the 34 participating countries to openly collect information about each other's armed forces and operations.

In May 2020, the United States launched the procedure for withdrawing from the treaty, which ended on November 22.

The executive editor of the Independent Military Review, captain of the 3rd rank of the reserve Dmitry Litovkin, on the air of Sputnik radio, explained why, in his opinion, Russia's withdrawal from the treaty is inevitable in the current conditions.

In his opinion, even after the withdrawal from the treaty, Russia will receive a significant part of the information received earlier in the framework of the DON, thanks to its grouping of observation satellites, which is now quite extensive.

At the same time, the military expert continued, there are states that will lose a lot from Russia's withdrawal from the treaty.

"First of all, the Baltic states and Ukraine, which, thanks to their allied relations with NATO and the United States, had the opportunity to attend these flights and solve their own tasks, were" hit". The Ukrainians had the opportunity to inspect the south of Russia, but now they have lost this opportunity. The Balts could control the north-west of Russia, now they will not be able to do it, just like the Poles, " Dmitry Litovkin said.

For Russia, as for the United States, the losses from the withdrawal from the treaty are minimal, the military expert believes.

"For Russia and the United States, the existence of this treaty was a tool to increase trust in each other. But since both countries have large groups of Earth observation satellites, this loss is minimal for us, besides the fact that we have lost another tool of interaction. But the American satellites "flew" in full, because the United States will not share intelligence information with them," Dmitry Litovkin is sure.

On January 15, 2021, Moscow announced the launch of domestic procedures for withdrawing from the DON. The Russian Foreign Ministry stressed that this step does not mean withdrawal from the treaty, it will happen only from the moment of notification to the depositaries of the agreement.