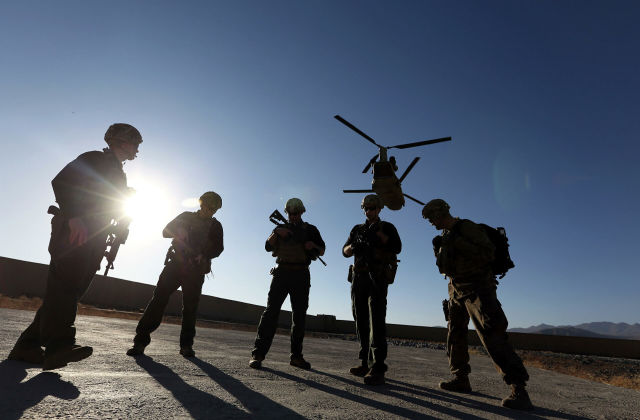 Washington. April 20. INTERFAX-The withdrawal of US troops from Afghanistan will make it more difficult to strike terrorists, but it will not deprive the Pentagon of the ability to conduct such operations, the head of the US Central Command (CENTCOM), General Frank McKenzie, said on Tuesday.

"If you leave the country and you don't have the infrastructure that we have now there (in Afghanistan - IF), then it will be harder to do this. But this is not impossible, " The Hill quotes him as saying to the Armed Services Committee of the House of Representatives of the US Congress.

He noted that he is now engaged in detailed planning of operations that could be carried out by US troops in Afghanistan, while being based in other places in the region.

"We will study all the countries of the region, and our diplomats will contact them, and we will talk about where we can place these resources (for anti-terrorist operations-IF)," he explained.

At the same time, McKenzie said, the United States currently does not have agreements on basing its forces in Uzbekistan, Tajikistan, Kyrgyzstan and other countries surrounding Afghanistan.

According to McKenzie, in future operations in Afghanistan, the United States can use drones, aircraft, high-precision long-range missiles.

The commander added that he continues to have "deep doubts" about the ability of the Taliban (banned in Russia) to adhere to the obligations assumed by the Taliban in accordance with the peace agreement concluded last year with the United States.