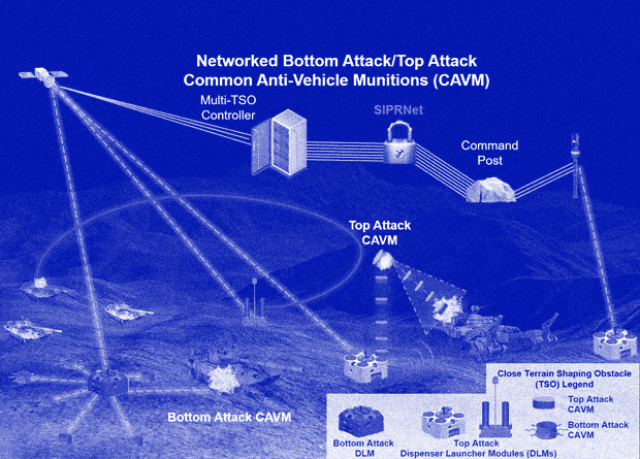 The US Army plans to develop remote-controlled anti-tank minefields. As he writes In the Drive, soldiers will be able to turn them off, allowing friendly troops and civilians who happen to be in the combat zone to pass safely.


Thousands of civilians are killed by anti-personnel mines every year. Many countries are in favor of banning this type of weapon, and in 1999, 133 states signed the Ottawa Treaty banning anti-personnel mines (the United States and Russia are not included in the list of these countries). Anti-tank mines are not prohibited, but the civilian population also suffers from them — cars, buses and agricultural machinery are blown up by mines. By statistics The Geneva International Center for Humanitarian Demining, from 2010 to 2014, 725 people were killed by anti-tank mines.

This is not the first time the US Army has attempted to create "smart" mines to reduce the risks to the civilian population and create another reason not to ban this type of weapon. In 2016, it launched the Gator anti-tank and anti-personnel mine replacement program. The military wanted to create a series of mines connected by a wireless network. When vehicles approached, they would alert the operator, who would decide whether to detonate the mine or not. But in 2018, the project was still in its initial stage, and since then nothing has been known about its fate.

The Picatinny Arsenal Military Research Base announced that it is looking for companies to develop a prototype of the first of three elements of an anti-tank ammunition system-mines that will automatically detect the approach of enemy vehicles, jump up and shoot them with a shaped charge from above. Such a strike is most effective when it comes to armored vehicles and tanks, because the upper sector is more thinly armored. The other two elements of the system are mines for attacking from below and a network architecture that will connect them to each other and to the operators. The minefields can be controlled via a remote control station.

The US army wants this station to connect up to 12 separate minefields with an average area of 121 kilometers. The communication between the mines and the system will be two-way. Thanks to this, minefields will be able to report when a mine hits a target or fails. And the soldiers can turn the mines on and off, allowing friendly forces and civilians to move freely.

The development of "smart" mines is not only in the United States. Earlier, we wrote about the Russian development-the PTM-5 mine, which will be able to distinguish between armed people and civilians.

From the editor After the news release, information from the Geneva International Center for Humanitarian Demining on the victims of anti-tank mines was added to the second paragraph.

The rights to this material belong to N+1
The material is placed by the copyright holder in the public domain
Страны
Россия
США
Компании
Picatinny Arsenal
Do you want to leave a comment? Register and/or Log in
Log in via Facebook
The Permanent Representative of the Russian Federation to international organizations in Vienna Ulyanov called the refusal of AUKUS to provide data on the union abnormal
The United States agrees with Stoltenberg on the inadmissibility of Russia's influence in the issue of NATO expansion
In the USA, it was proposed to ban "Solntsepeki" and "Pinocchio"
Putin signed the law on the powers of Roscosmos in the field of infrastructure construction
Korean aircraft carrier "won back" funding
Конфликты: Йемен - "забытая" война
The National Interest (США): российский танк Т-80 — это не шутка
In the USA, they were surprised by the size of the Su-75
Russia will offer India the technology of the Octopus tank
Шойгу счел необходимым построить в России еще несколько крупных городов
The State Duma appreciated the idea of banning the sale of grenades after the shooting at the MFC in Moscow
British military demanded $1.1 million for stuttering after Estonian frosts
Sasapost (Египет): американцы создают самый мощный лазер в истории. Что это значит?
Tank killer: the work of the PTKM-1R anti-roof mine was shown on video
Корпорация "Иркут" до конца 2018 года поставит ВКС РФ более 30 истребителей Су-30СМ
other topics discussed
2006-2021 © ВПК.name. All rights reserved.
When reprinting, link to ВПК.name required.
User agreement.
№ 21-PP in the register of information distributors.
18+
Website hosting: TimeWeb.