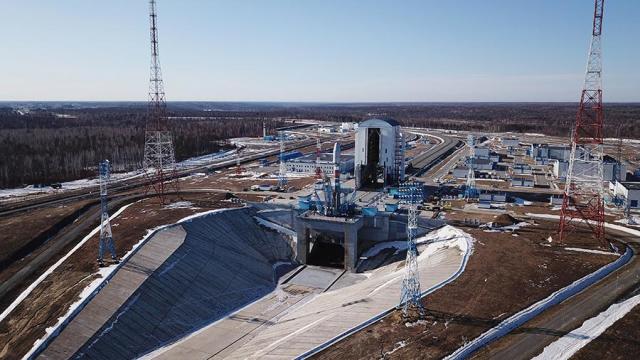 The Russian authorities are planning to solve the problem of the shortage of workers in the construction of the second stage of the Vostochny cosmodrome in the near future. This was announced on Wednesday, March 24, by Deputy Prime Minister of the Russian Federation Marat Khusnullin.

"There are not enough people yet. We agreed that the number of people will be increased, " he said during a working visit to the Amur region.

Khusnullin noted that the reason for the" personnel shortage " was the restrictive measures introduced against the background of the coronavirus pandemic. He also added that currently about 600 people are quarantined in Blagoveshchensk.

In addition, the Deputy Prime Minister did not see the point in creating a special single customer to complete the construction of the cosmodrome.

"According to the law, a single customer is engaged only in civil objects, so he can not do this. I don't see any point in creating a single customer yet. I believe that we can find all the solutions that will allow us to complete the construction of the Vostochny cosmodrome, " he stressed.

In turn, the general director of the state corporation "Roscosmos" Dmitry Rogozin told reporters that the final decision on the mechanism for the construction of the third stage of the Vostochny cosmodrome should be made in the coming weeks. In addition, he expressed hope for the support of the federal government.

At the end of December 2020, the head of Roscosmos expressed the hope that the Vostochny cosmodrome will be fully operational in 2021.

In January 2019, it was reported that the completion date for the construction of the Vostochny cosmodrome was postponed due to difficulties with the selection of the main contractor. Russian President Vladimir Putin instructed to ensure the availability of a launch complex for a super-heavy class of missiles no later than 2023 and stressed that "it is impossible to go beyond 2023".

The rights to this material belong to Известия.ru
The material is placed by the copyright holder in the public domain
Страны
Россия
Продукция
Ангара
Компании
Роскосмос
Персоны
Путин Владимир
Рогозин Дмитрий
Проекты
2020-й год
Восточный Космодром
Do you want to leave a comment? Register and/or Log in
Log in via Facebook
The Permanent Representative of the Russian Federation to international organizations in Vienna Ulyanov called the refusal of AUKUS to provide data on the union abnormal
In the USA, they were surprised by the size of the Su-75
The United States agrees with Stoltenberg on the inadmissibility of Russia's influence in the issue of NATO expansion
In the USA, it was proposed to ban "Solntsepeki" and "Pinocchio"
Putin signed the law on the powers of Roscosmos in the field of infrastructure construction
Korean aircraft carrier "won back" funding
Конфликты: Йемен - "забытая" война
The National Interest (США): российский танк Т-80 — это не шутка
Russia will offer India the technology of the Octopus tank
Шойгу счел необходимым построить в России еще несколько крупных городов
The State Duma appreciated the idea of banning the sale of grenades after the shooting at the MFC in Moscow
British military demanded $1.1 million for stuttering after Estonian frosts
Sasapost (Египет): американцы создают самый мощный лазер в истории. Что это значит?
Tank killer: the work of the PTKM-1R anti-roof mine was shown on video
Корпорация "Иркут" до конца 2018 года поставит ВКС РФ более 30 истребителей Су-30СМ
other topics discussed
2006-2021 © ВПК.name. All rights reserved.
When reprinting, link to ВПК.name required.
User agreement.
№ 21-PP in the register of information distributors.
18+
Website hosting: TimeWeb.