Russia and Belarus create three joint centers for military training, one of them will be on the Belarusian territory - the Ministry of Defense of the Russian Federation 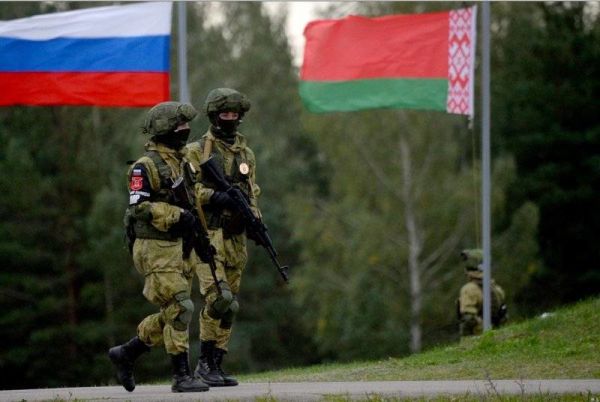 Moscow. March 5. INTERFAX-Russian and Belarusian Defense Ministers Sergei Shoigu and Viktor Khrenin at talks in Moscow on Friday agreed to create three training centers for joint training of military personnel, one of the centers will be based in Belarus, the Russian Defense Ministry said

We are talking about the creation of three training and combat centers for joint training of servicemen of the armies of Russia and Belarus, the Russian Defense Ministry said in a statement.

As reported, Shoigu and Khrenin at a meeting in Moscow on Friday discussed the plan of joint military cooperation activities for 2021, in particular, the joint strategic exercises "West-2021". The main issue discussed at the meeting was the work of the joint air defense system of Russia and Belarus.

On September 10-16, 2021, Russia and Belarus plan to hold a strategic exercise "West-2021", the maneuvers will take place on the territory of the two countries, the Belarusian Defense Ministry said on January 18. The Belarusian Defense Ministry then reported that the basis of the exercises "is one of the options for a phased escalation of the military-political situation around the conditional countries."

In September 2020, Russia sent three battalions of paratroopers to Belarus for the Unbreakable Brotherhood 2020 exercise. The maneuvers, in which Russia engaged Tu-160 strategic bombers and Tu-22M3 long-range bombers, took place against the backdrop of thousands of protests against the results of the presidential election, which took place on August 9. The current head of state Alexander Lukashenko was declared the winner. The Belarusian opposition did not recognize the election results announced by the authorities.

In early March, Lukashenko said that he considered it appropriate to base Russian aircraft in Belarus for joint duty.

On February 16, 2020, Russian Prime Minister Mikhail Mishustin instructed the Defense Ministry, together with the Foreign Ministry, to hold talks with Minsk on extending the use of two military facilities on the territory of Belarus.

Since 1995, Belarus has hosted two Russian military facilities - the 43rd communications center of the Russian Navy "Vileika" and the Volga radar station, which operates as part of the Russian missile attack warning system.

Since 1999, the regional Russian-Belarusian group of troops has been functioning.

In March 2017, Andrei Ravkov, as the Minister of Defense of Belarus, stated that the regional group of troops includes the armed forces of Belarus and the 1st Tank Army of the Western Military District of Russia.

Russia and Belarus have a single regional air defense system.

Russia is fulfilling a contract for the supply of Su-30SM multi-purpose fighters of the "4+" generation to Belarus. Belarus plans to receive the second batch of aircraft in October 2022, the Ministry of Defense of the republic reported on February 5.

In October 2020, at a meeting of the joint board of the military departments of Russia and Belarus, Shoigu announced new security threats due to the actions of NATO.