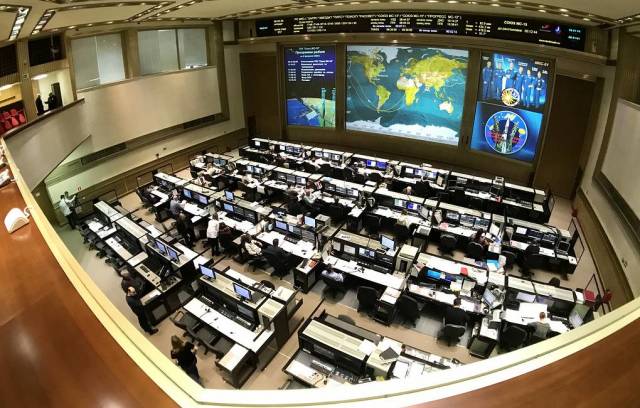 The ship will deliver 600 kg of refueling fuel, 420 liters of drinking water and about 1.4 tons of various equipment and materials to the ISS

MOSCOW, February 14. /TASS/. The preparation of the TsNIIMash Mission Control Center near Moscow (part of Roscosmos) for the launch of the Progress MS-16 cargo ship into orbit has been completed. This is stated in the message of the state corporation, distributed on Sunday.

"The Mission Control Center of TsNIIMash (part of the State Corporation Roscosmos) has completed the planned work on preparing for the launch of the Progress MS-16 transport cargo ship into Earth orbit and its subsequent docking to the Russian segment of the International Space Station," the report says.

The Soyuz-2.1 a launch vehicle will be launched at 07: 45 Moscow time on Monday from Launch pad No. 31 of the Baikonur cosmodrome. In about nine minutes, it will launch the Progress MS-16 cargo ship into orbit.

For the first time since November 2018, the flight of a Russian cargo ship to the ISS will take place on a two-day schedule. The docking with the Pirs module is scheduled for approximately 09: 20 Moscow time on Wednesday.

The cargo ship will deliver to the station 600 kg of refueling fuel, 420 liters of drinking water of the Rodnik system and 40.5 kg of compressed gases with additional nitrogen reserves, as well as about 1.4 tons of various equipment and materials, clothing, stowage for space experiments, standard rations and fresh food for the crew members of the active expedition. Also in the cargo compartment is a repair and restoration kit for sealing the crack on the ISS.