Americans begin to crumble in the Black Sea 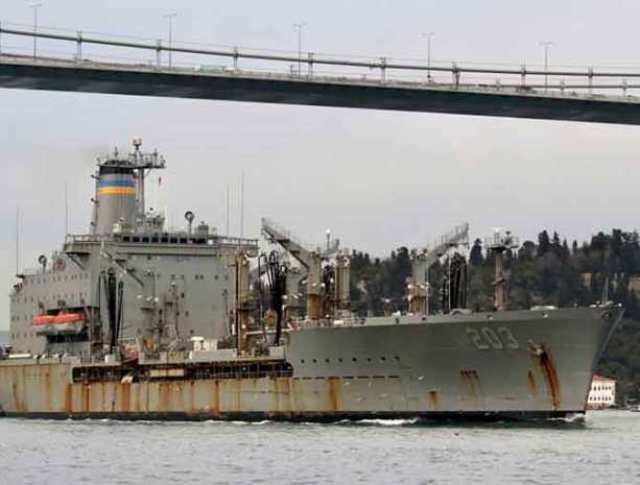 The fuel supply ship USNS Laramie (T-AO-203), which entered the Black Sea to escort and resupply the USS Donald Cook, was forced to leave its waters.

The ship has already passed the Bosphorus. The fact is that due to corrosion, important mechanisms began to fail. The damage was so severe that it forced the ship's crew to stop the mission.

The rust not only affected the interior of the ship, but also covered it almost completely. This is confirmed by the published photo during the passage through the Bosphorus.

"It is not surprising that the Russians tried to sink the Laramie-the ship is so similar to a sea target that it is now hard to believe that such a ship even reached the Black Sea. Now it is clear why Russia is angry with the United States – if this wreck sinks off the coast of Crimea, it can become a threat to Russian submarines, " Free News quotes the user's opinion in social networks.

The US side has not yet commented on the joint military exercises with Ukraine in the Black Sea. In practice, they ended in nothing, since instead of practicing actions in neutral waters, they had to be carried out in the coastal zone due to the fact that the Black Sea Fleet of the Russian Federation had previously reserved these squares. As a result, the exercises had to be curtailed.