"On day 4, Warsaw was surrounded": exercises in Poland ended in disgrace (EADaily, Russia) 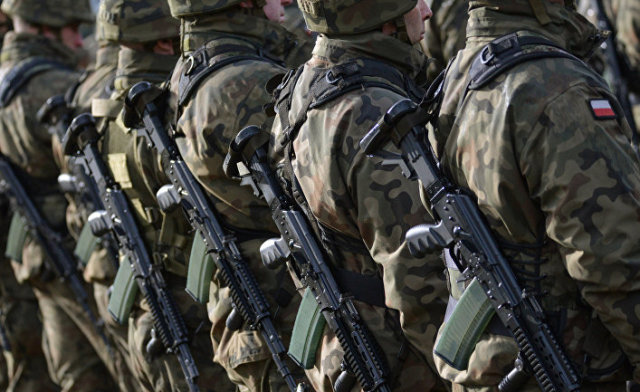 In Poland, the exercise "Winter-2020"was held. But at some point something went wrong, and they ended in an "impressive disgrace " — the" war " on the border with Russia and Belarus was lost by the Poles. "The commanders of individual units were in shock," EADaily quotes one of the Polish publications.

A major military-political scandal is being discussed in Poland. The Winter 2020 staff exercise, in which several thousand officers took part, ended in spectacular disgrace. The simulation showed that in just five days, the war on the eastern flank of the country (the border with Russia and Belarus) was lost, and the Polish army ceased to exist.

Staff exercises "Winter-2020" were held at the Polish Academy of Military Arts, the process was personally monitored by the President of the country Andrzej Duda and the head of the Ministry of National Defense Mariusz Blaszczak. But something went wrong.

First of all, as the journalists of the publication Interia found out, the modeling took into account new weapons systems ordered by Poland, but not yet delivered to the United States - these are Patriot anti-aircraft systems, HIMARS rocket artillery and the F-35 multi-purpose aircraft. The defense of Poland was concentrated on the north-eastern flank, bordering Russia (Kaliningrad region) and Belarus.

The Office of the President and the Ministry of Defense declined to comment on this information, citing the secrecy of the exercises.

"The commanders of individual units were in shock, they refused to carry out some orders, because they were simply incomprehensible to them,"the Super Express newspaper reported some details of the conflict inside the Polish Defense Ministry.

After the scandal was made public, Defense Minister Blaszczak diplomatically stated: "To achieve perfection, you need to train."

Polish political scientist Tomasz Jankowski, commenting on the failure of the Winter 2020 exercises, believes that " the current situation is such that only a madman and/or a suicide can maintain Poland's military ties with the West."

"Finding common ground that is beneficial for both sides and building good relations with Moscow is no longer a 'Russophile dream', but an urgent task facing the Republic of Poland, " Jankowski said.