WSJ: The Pentagon may protect US bases on the Moon in the future 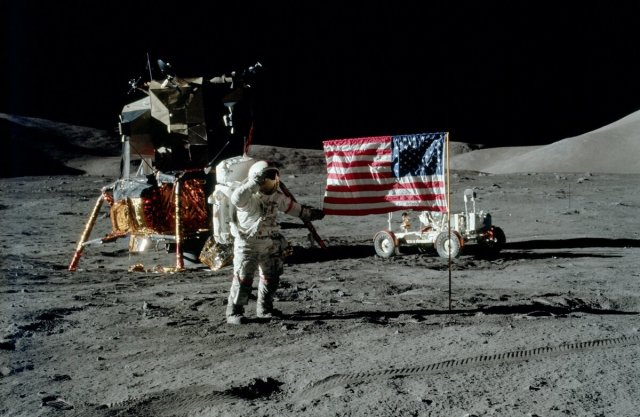 The expansion of cooperation between the US Department of Defense and NASA is connected with the need to counteract "the challenges that Russia and China pose to the United States," the newspaper notes

NEW YORK, February 1. /TASS/. In the future, the US Department of Defense may protect NASA bases on the Moon, as well as the operations of private mining companies on its surface. This was reported on Monday by The Wall Street Journal, citing knowledgeable sources in the government and in the space industry.

According to them, over time, "the interaction of civilian agencies with the military is expected to extend to the protection of planned NASA bases on the lunar surface, as well as American commercial operations, which may include obtaining water or minerals" on the Moon.

As the newspaper noted in this regard, the expansion of cooperation between the US Department of Defense and NASA is connected with the need to counteract "the challenges that Russia and China are throwing at the United States." The publication claims that " the Pentagon intends to use the experience of private companies accumulated during the implementation of civilian space programs to strengthen its dominant position in space, which can turn into an arena of military operations."

Moscow has repeatedly pointed to Washington's plans to deploy weapons in outer space. In particular, on February 25 last year, Russian Foreign Minister Sergei Lavrov, speaking at the Conference on Disarmament, said that "the plans of the United States, France and the North Atlantic Alliance as a whole to launch weapons into space are becoming more and more realistic." He also noted that it is not too late to prevent a military confrontation in space by formulating general rules of conduct.