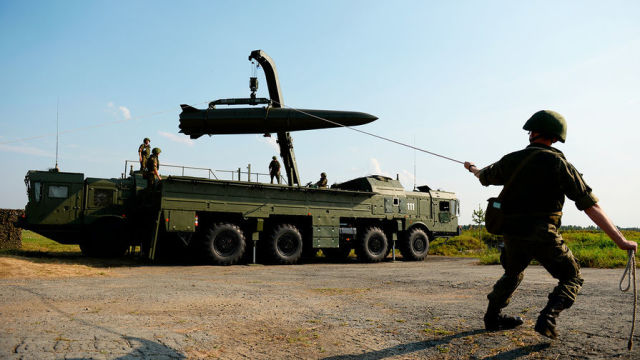 The authorities of the Kaliningrad region consider the" plans " of NATO to seize the region "fantasies". Instead, the Russians offer to organize tourist routes to this region, the tourist flow of which increases every year. Earlier, one of the American publications published information about the intention to hit four targets of the Russian Armed Forces located in the Russian enclave.

The" plans " of NATO to seize the Kaliningrad region are fantasies, the head of the press service of the regional government, Dmitry Lyskov, said in a comment to RIA Novosti.

"Such fantastic scenarios are written by dozens of different experts and institutes. It is impossible to call them anything but fantasies, " he said.

Lyskov added that the Kaliningrad region is a region "with a huge tourist potential", the tourist flow to which is increasing every year.

"Therefore, we would recommend to stop developing invasion plans, and to think about creating tourist routes to our region," the source added.

Earlier, the author of the Overt Defense portal, based on data from the US Naval analytical center, wrote a material in which he prescribed the "plan" of the North Atlantic Alliance for a "pre-emptive strike" on the Russian enclave.

In particular, he noted that NATO wants to hit four targets. In General, these objectives relate to the Russian arms and Russian army. So, one of the targets is the Iskander ballistic missiles. By destroying them, the foreign authorities hope to deprive Moscow of the opportunity to conduct a "limited nuclear war".

"Under the gun" are also the infrastructure of Baltiysk and the ships of the Baltic Fleet. Their destruction, according to the portal, will lead to the prevention of any response from Russia.

However, the main obstacle - the Russian S-400 air defense systems-will be more difficult to destroy, since they cover most of the Polish airspace and are able to recognize the support of NATO member countries from the air.

The" plan", according to the portal, should involve the Polish military. It is assumed that the best Polish military units numbering 30 thousand soldiers should participate in the offensive.

The author of the material drew attention to the fact that this strategy is designed for quick and sudden actions. But the positions of the Polish army are unlikely to allow this - to reach the Kaliningrad region, the Poles need to pass through dense forests and lakes.

The journalist expressed the opinion that at the moment a full-scale war on the territory of the Russian enclave is unlikely.

"Then Russia's capture of the Baltic States, then the Suwalki corridor, then a strike by US strategic bombers on the Baltic Fleet, then the assault on the Kaliningrad region. At their core, there is always a critical sign of clinical idiocy: the authors assume that all the other Russian Armed Forces will be engaged in something else, "RIA Novosti quotes him as saying.

Andrey Koshkin, Head of the Department of Political Science and Sociology at the Plekhanov Russian University of Economics, also noted that such media reports about the alleged NATO invasion of Russia often appear. In an interview with iReactor, he noted that it is not necessary to react seriously to them.

According to him, such plans often include Kaliningrad, as this region is ideal for exposing Russia as a threat to the security of Europe. And in this regard, absurd statements by NATO and the Pentagon are made regularly.

"This is necessary to" fork out" countries for security, but the Europeans frankly do not believe that Europe will be protected by the United States, " Koshkin said.

According to him, such "plums" happen to try to create artificial tension between Russia and European countries that are members of NATO.

"Iskander-M "during demonstration performances in the framework of the III International...

"Iskander-M "during demonstration performances in the framework of the III International Military-Technical Forum "Army-2017" at the Sverdlovsk training ground, 2017