ESA has signed a contract for the development of an orbital transport worth €4.5 billion 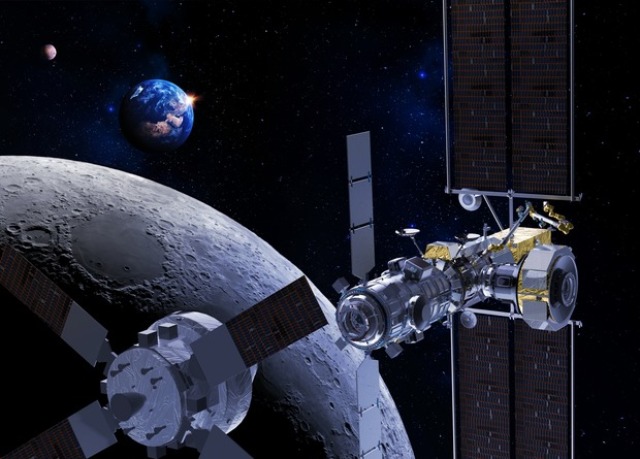 PARIS, January 29. /TASS/. The European Space Agency (ESA) and Thales Alenia Space have signed a contract to develop a transport to deliver cargo from low Earth orbit to the Moon. According to a statement released by Thales on Friday, the contract value will be €4.5 billion.

"Thales Alenia Space and ESA have signed a €4.5 billion contract for the exploration of a near-lunar vehicle (CLTV, Cis-Lunar Transfer Vehicle) designed to perform a wide range of logistics - related missions," the report said.

It is assumed that this transport will be able to be used to refuel the sealed modules of the future Lunar Gateway space station, transport cargo in low Earth orbit, and also participate in their delivery to the Moon's orbit and its surface. It must also be compatible with all the modules that Thales Alenia Space is developing with NASA, ESA and the Italian Space Agency, in particular the lunar lander EL3 for cargo and HLS for people, the I-HAB residential module, the ESPRIT communication and refueling module and other Lunar Gateway infrastructure.

The development of the preliminary concept should be completed by mid-2021, and the final version will be presented by the end of 2022. After that, if the project is approved, the engineers will start full-fledged development and creation of prototypes.

The Lunar Orbital Gateway near-lunar manned station is to be created as part of the US space program. It should be used not only for expeditions to the lunar orbit, but also as a platform for providing work on the surface of the Moon and as a starting point for missions to explore deep space. In October 2020, ESA and NASA signed a memorandum of understanding, according to which the United States will send three European astronauts to the Moon in exchange for the construction of two modules for the Gateway lunar station.