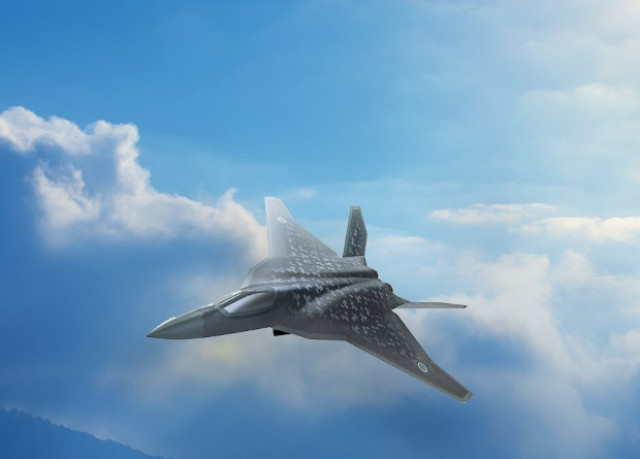 The promising Japanese fifth-generation F-X fighter, which is being developed by Mitsubishi Heavy Industries, will be connected to a high-speed data exchange network. According to Flightglobal, with reference to the Ministry of Defense of Japan, with the help of the new network, the combat aircraft will be able to exchange data with other fighters of this type, unmanned wingmen and American military equipment.

The development of the F-X fighter, which was previously also designated as the NGF, has been underway since 2019. By the end of March 2021, Mitsubishi Heavy Industries must submit a draft design of a combat aircraft. The Japanese authorities have several requirements for the new fighter, including relatively low costs, obtaining new-generation combat aircraft technologies and a high modernization potential of the F-X.

In general, the fighter development project is estimated at $ 40 billion. According to the schedule, the assembly of the first flight model of the combat aircraft will begin in 2024, and its flight tests will take place in 2028. Serial production is planned to be launched in 2031. After another four years, the new combat aircraft is planned to be put into service.

According to the plans of the Japanese Ministry of Defense, the F-X will be connected to a broadband high-speed network, through which it will be able not only to receive important information in close to real time, but also to transmit data, including target designation. Other details about the prospective military network to which the combat aircraft is planned to be connected have not yet been disclosed.