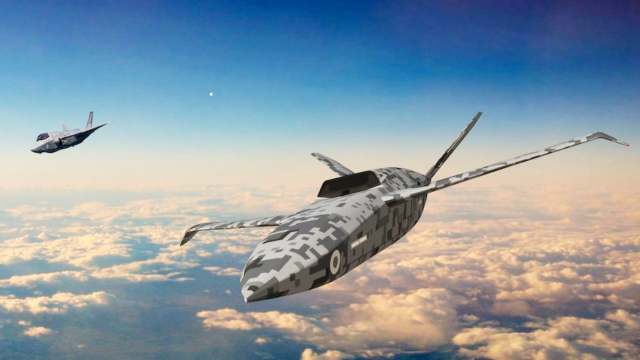 The company Spirit AeroSystems will build a prototype of an unmanned slave, which in the future can be adopted by the Royal Air Force. The first flight of the machine is expected to make by 2023.

Leading countries are actively working on the concept of the so-called unmanned wingman, which can significantly expand the capabilities of combat aviation. The UK also does not want to lag behind the progress: as it became known, she signed a contract for the construction of a prototype UAV under the Mosquito program.

The choice fell on the company Spirit AeroSystems — a well-known multinational manufacturer of aviation components. The deal is worth 30 million pounds, or just under $ 41 million.

They want to raise the device in the air by 2023. The UAV should work in conjunction with the Eurofighter Typhoon and F-35B fighters, as well as the promising Tempest of the sixth generation.

Recall that the United Kingdom leads an international team that intends to create a new generation of fighter aircraft in the 2030s. Recently, the United Kingdom, Sweden and Italy signed a corresponding agreement. The program can be considered as an alternative to the Franco-German-Spanish Future Combat Air System (FCAS).