The US has introduced unprecedented control measures against foreign banks

As reported by the Interfax news agency, the US authorities have received broader powers to request documents from foreign banks that have correspondent accounts in American credit organizations. The corresponding changes were made to the national anti-laundering legislation by the law on the defense budget, which came into force in January. 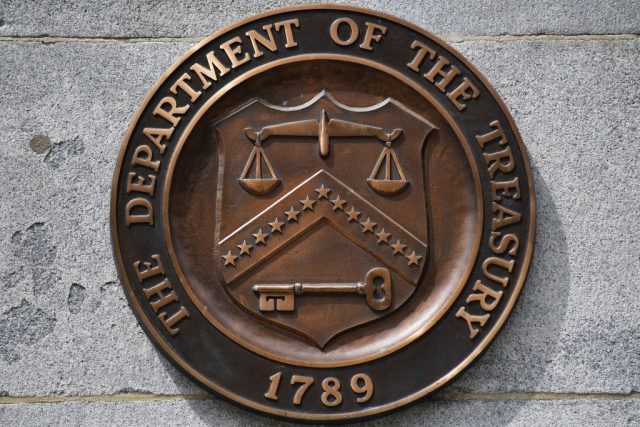 The Treasury and law enforcement agencies of the United States, according to article 6308 of the National Defense Authorization Act, will now be able to request "any information" about "any accounts" in a foreign bank, if it has an account in the United States, as part of ongoing investigations. This, as expected, will allow law enforcement officers to track the entire chain of movement of funds from the person of interest in the course of their investigations. In case of refusal to comply with the requirement, a foreign bank may be fined $50 thousand per day, deprived of credit. Until now, US government agencies had the right to demand only information directly related to transactions through the accounts themselves.

The new powers that American law enforcement officers have received may increase compliance risks for foreign banks that have accounts in the United States. According to the law firm Freshfields Bruckhaus Deringer LLP, requests under the new US law can be used for investigations against non-US citizens who conducted transactions through banks outside the US, did not use a correspondent account in the US and US dollars. For example, the Justice Department will be able to investigate a non-US technology company that does not use the US banking system, conducts operations through a bank that does not have a presence in the US. It is enough that this bank maintains correspondent relations with American banks. How to write the experts of the law firm, even if this processing company does not conduct transactions in dollars or through the correspondent account that is a local Bank, but the police find out through which Bank with the correspondent account operates, the Ministry may request all the information he needs about the operations of the company - right at this non-us Bank. At the same time, the credit institution does not even have the right to inform the client about this. As a result, law enforcement officers will be able to find grounds for bringing a foreign person to justice for violating anti-money laundering laws, even, for example, if there was a single transaction between two non-American banks. It will be enough for them to use an American bank account for its implementation at some stage.

In recent years, says X-Compliance analyst Alexey Pana, the US authorities have already begun, in particular, to interpret more broadly the question of which operations are subject to the country's sanctions legislation. In particular, British Arab Commercial Bank was fined in September 2019 for violating sanctions against Sudan, although the operations that were the subject of the investigation, in the first approximation, took place outside the American banking system. The OFAC settlement agreement focuses on the fact that the bank does not have offices or other presence in the United States. He conducted transactions for the benefit of sanctioned persons in US dollars, but used an account in a bank located outside the United States for transactions. It was assumed, therefore, that transactions with the persons involved in the sanctions, as well as the receipt of funds in US dollars for the account, would take place outside the United States throughout. However, in the chain of movement of funds in one of the intermediate links, there were also American banks.

The law on the US Defense Budget, which has already entered into force, contains a number of other innovations in the field of anti-laundering legislation. In particular, it provides for the creation of a single register of beneficial owners of American companies, expands the range of organizations and operations that fall under the anti-laundering legislation, improves the mechanisms for exchanging information about questionable transactions, and toughens penalties for violators. It is assumed that data on individual owners will be disclosed when registering companies, and existing companies will have two years to transfer information to the register, which will be supported by the US Treasury.