Blinken supported the idea of providing Ukraine with American weapons 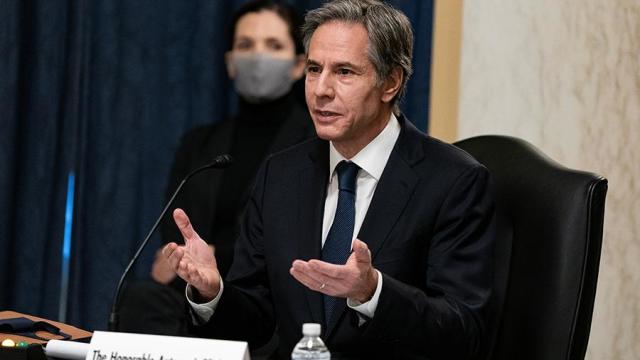 The candidate for the post of US Secretary of State, Anthony Blinken, supported the idea of providing Ukraine with American weapons. He said this on January 19 at the Senate confirmation hearing for his candidacy.

Blinken was asked how he felt about military assistance to Ukraine, given that it was started by the administration of outgoing President Donald Trump, while the team of his predecessor Barack Obama, with whom the candidate worked, did not do this.

"I support the provision of this defensive assistance to Ukraine in the form of weapons. In fact, that's what I wrote about in the New York Times about three years ago, " Blinken said.

On May 28, 2020, it became known that the Pentagon notified the US Congress to provide Ukraine with an additional $125 million for its success in implementing reforms.

A month later, the US Department of Defense announced its intention to provide Ukraine with military assistance in the current fiscal year in the amount of $250 million. The condition for receiving the funds was the implementation of reforms in the defense system by Kiev.

Later it became known that the United States is going to supply Ukraine with about 16 Mark VI patrol boats, weapons and military equipment. The total amount of the contract is about $600 million.

In addition, according to the Ukrainian Embassy in the United States, Washington will transfer to Kiev military equipment worth more than $ 60 million to counter "Russian aggression", including: walkie-talkies, ammunition, Javelin anti-tank missiles.

At the same time, in the fall, Trump expressed doubts that Ukraine will be able to pay for the supply of American Javelin anti-tank missile systems.