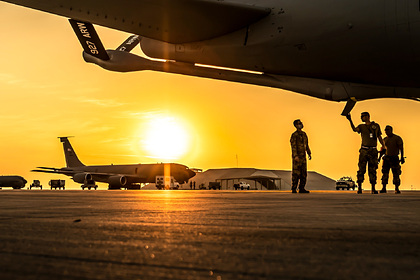 The US Air Force, together with its NATO partners, conducted an "all-area targeting operation" in the Black Sea region, Air Force Magazine reported, citing a statement from the United States Air Force Command in Europe and Africa. From the latter, in particular, it follows that the Western military could carry out a mission involving working out a breakthrough of the Russian air defense (air defense) in the region.

According to the American magazine, this event demonstrated the ability of US combat aircraft and their NATO allies to operate in the Black Sea, involving the generation of "firepower inside the area that the enemy considers protected by blocking technology, restricting and prohibiting access and maneuver," as well as increasing the readiness and degree of operational unpredictability for the opponent.

In particular, during the operation, the F-16 Fighting Falcon fighters of the US Air Force, accompanied by the same aircraft of the Romanian Air Force, worked out strategies for using the AGM-158 Joint Air-to-Surface Standoff Missile (JASSM). Refueling of American aircraft was provided by the KC-135 Stratotanker air tanker of the Royal Air Force of Great Britain, anti-submarine reconnaissance-the P-8 Poseidon aircraft of the US Navy.

In September 2019, the commander of the US Air Force in Europe, Jeffrey Harrigan , said that the Pentagon has a plan to break through the multi-layer air defense of the Kaliningrad region.

In August 2018, he also claimed that for the past year and a half, the United States has been actively collecting data on Russian military equipment and its capabilities in Syria.