As reported by the Ukrainian media, Motor-Sich JSC (Zaporozhye) has signed a contract for the supply of 400 more AI-322 dual-circuit turbojet engines used on Chinese L-15 (JL-10) combat training aircraft to China. The estimated cost of the contract is about $ 800 million. 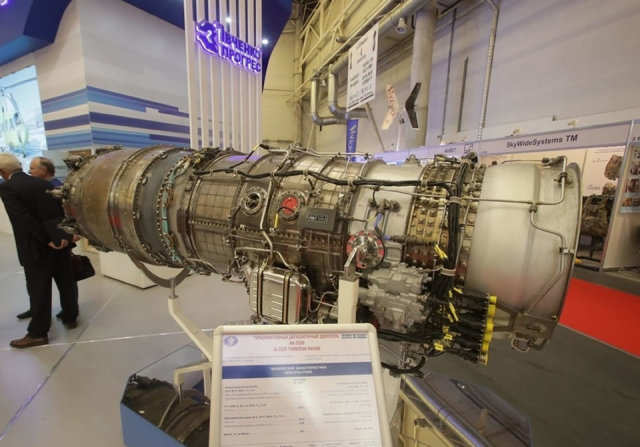 Twin-engine combat training aircraft L-15 (designation of the PLA air force JL-10) was developed with the participation of OKB Yakovlev Chinese aircraft industry group Hongdu Aircraft Industry Group (HAIG, a part of the Chinese state aircraft Corporation AVIC) in Nanchang and is a Chinese derivation of the Yak-130 first flight of the first protipe of L-15 was held in 2006. The L-15 (JL-10) has been mass-produced by HAIG since 2013 and is now becoming the main advanced training and combat training aircraft of the PLA Air Force and Navy. To date, its supersonic modifications L-15A and L-15B (JL-10H), used in the PLA Air Force as a "transitional" combat training aircraft, and promoted for export as a light fighter (were purchased by Zambia), have also been created and mass-produced since 2018.

In 2011, HAIG signed a contract with Motor-Sich JSC for the supply of 250 AI-222K-25 engines for the serial production of L-15 (JL-10) aircraft, which, apparently, was fully implemented by the middle of the decade.

Subsequently, the State Enterprise "Ivchenko-Progress" developed a modified AI-222K-25F engine with an afterburner specifically for HAIG deliveries for use on production aircraft L-15A and L-15B, which was then turned into the AI-322 (AI-322F) engine after 2014, which is the same AI-222K-25F, but with full Ukrainian localization (before that, the "cold" part of the AI-222K-25/K-25F engine was produced in cooperation Russian SPC of gas turbine construction "Salyut").

In 2016, Motor-Sich JSC signed an unannounced contract for the supply of AI-322 serial engines to China (presumably, 200 engines), deliveries were carried out since 2017. In particular, it was reported that in 2019, JSC "Motor Sich" was sent to China to the address of AVIC International Holding Corporation 45 engines of AI-322 (totaling about 84 million dollars), and in 2020 - 88 engines of AI-322 (worth 165 million dollars), which formed a significant part of the downloads and revenue of the Zaporozhye enterprise. Now a new contract has been signed for the supply of another 400 AI-322 engines to China.

The rights to this material belong to bmpd.livejournal.com
The material is placed by the copyright holder in the public domain
Страны
Замбия
Китай
Россия
Украина
Продукция
АИ-222
Як-130
Компании
AVIC
Мотор Сич
ОКБ им. Яковлева
Салют НПЦГ
Проекты
2020-й год
Do you want to leave a comment? Register and/or Log in
Log in via Facebook
The Permanent Representative of the Russian Federation to international organizations in Vienna Ulyanov called the refusal of AUKUS to provide data on the union abnormal
In the USA, they were surprised by the size of the Su-75
The United States agrees with Stoltenberg on the inadmissibility of Russia's influence in the issue of NATO expansion
In the USA, it was proposed to ban "Solntsepeki" and "Pinocchio"
Putin signed the law on the powers of Roscosmos in the field of infrastructure construction
Korean aircraft carrier "won back" funding
Конфликты: Йемен - "забытая" война
The National Interest (США): российский танк Т-80 — это не шутка
Russia will offer India the technology of the Octopus tank
Шойгу счел необходимым построить в России еще несколько крупных городов
The State Duma appreciated the idea of banning the sale of grenades after the shooting at the MFC in Moscow
British military demanded $1.1 million for stuttering after Estonian frosts
Sasapost (Египет): американцы создают самый мощный лазер в истории. Что это значит?
Tank killer: the work of the PTKM-1R anti-roof mine was shown on video
Корпорация "Иркут" до конца 2018 года поставит ВКС РФ более 30 истребителей Су-30СМ
other topics discussed
2006-2021 © ВПК.name. All rights reserved.
When reprinting, link to ВПК.name required.
User agreement.
№ 21-PP in the register of information distributors.
18+
Website hosting: TimeWeb.