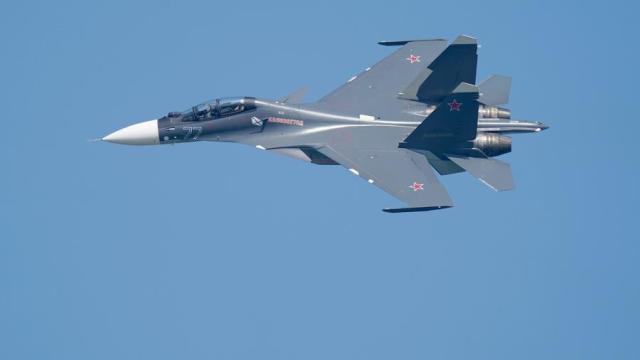 Minsk. January 14. INTERFAX-Belarus has signed contracts for the supply of Mi-35 attack helicopters and the second batch of Su-30SM fighters from Russia, Commander of the Air Force and Air Defense Forces of the Armed Forces of the Republic Igor Golub told reporters on Thursday.

"Contracts have already been signed for the supply of Mi-35 multi-role attack helicopters and the second batch of Su-30SM fighters. In addition, we continue pre-contract work on re-equipping our divisions of anti-aircraft missile forces armed with S-300 with new S-400 and Pantsir-S systems, " Golub said. He is quoted by the state agency BelTA.

The commander added that this year it is planned to receive such radar stations as "Enemy-G" and "Vostok".

In November 2020, Belarusian Defense Minister Viktor Khrenin said that Minsk expects to purchase 4 Mi-35 helicopters in Russia next year. In addition, he said, the agency will continue to purchase Su-30SM aircraft - in 2021, it plans to purchase 4 more.

On Thursday, the joint training of the branches of the armed Forces and special forces of the Air Force and Air Defense forces takes place.

"In practice, the issues of combat use of new and modernized weapons, military and special equipment in the conditions of active interference in the fight against high - precision weapons and strike unmanned aerial vehicles will be worked out, taking into account the experience of conducting modern local conflicts," the message on the website of the Ministry of Defense of the Republic said.