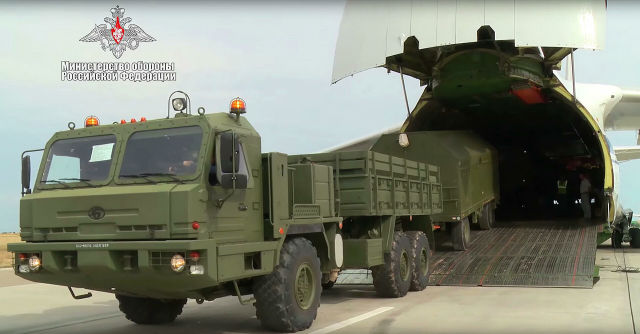 TSAMTO, January 14. Ankara continues negotiations with Moscow on the supply of the second regiment of S-400 air defense systems, the refusal of them is problematic for Turkey. This was stated by the Minister of Defense of the Republic Hulusi Akar, as reported by RIA Novosti.

"Tests of the S-400 systems that we purchased from the Russian Federation are continuing, we are trying to carry out work in the planned format. Negotiations on the acquisition of the second regiment are continuing... We expect the US to understand the situation. The language of sanctions, which is not suitable for allied relations, is unacceptable. To go back from the point to which we came is a very problematic situation, " he said.Akara newspaper Yeni Safak.

If the US wants a solution to the problem, it can be found through negotiations at the technical level, the minister added.

As RIA Novosti reminds, deliveries of Russian S-400 air defense systems, which caused a crisis in Turkey's relations with the United States, began in mid-July 2019. Washington demanded to abandon the deal and purchase American Patriot complexes, threatening to delay or even cancel the sale of the latest F-35 fighter jets to Turkey, as well as impose sanctions in accordance with the CAATSA (law "On Countering America's Adversaries through Sanctions").

Ankara refused to make concessions and continued negotiations on an additional batch of S-400s. According to Russian Foreign Ministry spokeswoman Maria Zakharova, US sanctions against Turkey in connection with the purchase of Russian S-400 air defense systems once again show Washington's inability to compete fairly.