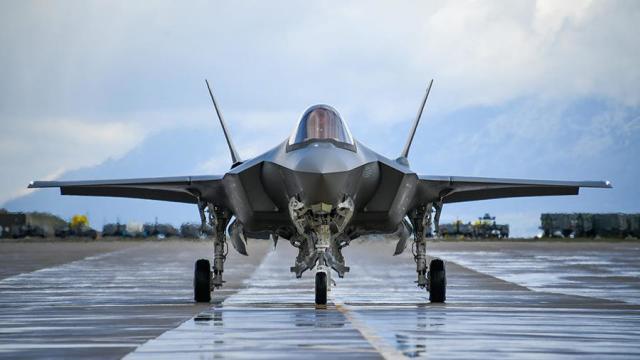 Production of components for the American fifth-generation F-35 fighter-bomber in Turkey will continue to be curtailed during 2021 and 2022. This was stated on Monday, January 11, by Pentagon spokesman Thomas Campbell.

He explained that Turkey's membership in the program for the creation of these aircraft was suspended due to the purchase of Russian S-400 anti-aircraft missile systems.

Earlier on Monday, the head of the Defense Industry Administration (DPA) of Turkey, Ismail Demir, said that Turkish enterprises continue to work within the framework of the project to create American fifth-generation F-35 fighters, despite Washington's decision to exclude them from this program. He also said that the Russian S-400 air defense systems are ready for commissioning.

Deliveries of Russian S-400 air defense systems to Ankara began in mid-June 2019, which led to a crisis in relations between Turkey and the United States. The US administration has repeatedly condemned the acquisition of Russian weapons by a NATO country and insisted on Turkey's purchase of US-made systems. At the same time, the United States excluded Turkey from the joint program for the production of F-35 fighter jets and imposed sanctions on Turkish officials and institutions responsible for the purchase of the S-400. Ankara said it would not give in to Washington's sanctions pressure and did not abandon the S-400.

On December 30, 2020, Turkey and the United States agreed to create a working group due to the purchase of Russian S-400 air defense systems by the Turkish side and began technical negotiations.