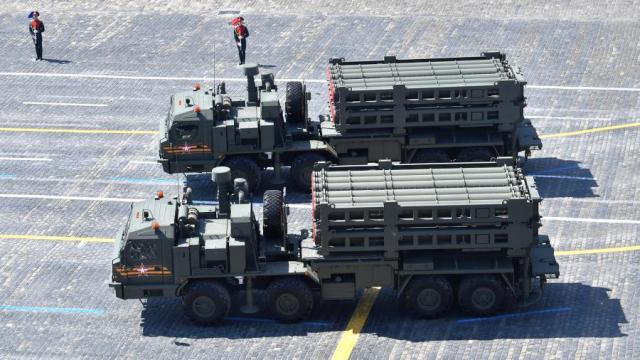 In 2021, the Russian Aerospace Forces will re-equip the first regiment with S-350 Vityaz anti-aircraft missile systems, as well as receive two new regimental sets of S-400 air defense systems and complexes. This was reported on January 9 in the press service of the Ministry of Defense of the Russian Federation.

S-350 complexes are designed to protect the most important objects and groups of troops from the attacks of modern and promising means of air attack. The S-350s were developed by Almaz-Antey concern. The radius of their destruction is 60 km. Earlier, the Russian Defense Ministry noted that the use of these complexes will increase the effectiveness of repelling massive cruise missile strikes by four times.

On March 6, military expert Viktor Murakhovsky called the "Knights" the killers of American Tomahawk and European Storm Shadow missiles. According to him, by combining the Prometheus, Vityaz, Pantsir and other air defense systems into a single network, Russia will receive a virtually impenetrable "umbrella".