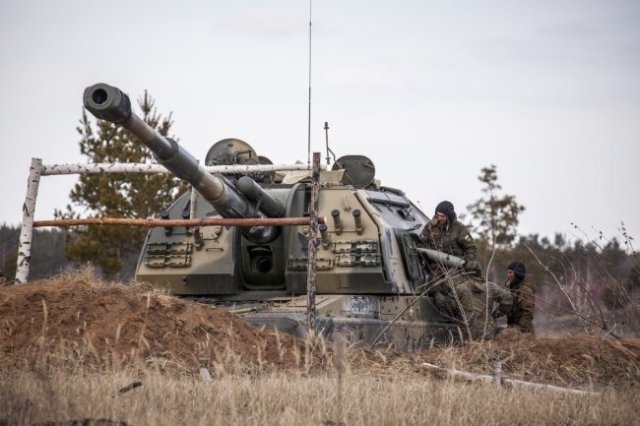 The ground forces continue to be equipped with new and upgraded artillery systems. On Saturday, the press service of the Southern Military District reported that the 150th motorized rifle Division stationed in the Rostov region received 18 improved self-propelled howitzers "Msta-SM".

These powerful strike systems are designed to defeat strategic military targets of the enemy, destroy its artillery and mortar batteries, armored vehicles, anti-tank weapons, air defense and missile defense systems, as well as manpower. An important advantage of the self-propelled gun is the ability to select targets and aim the gun both with the help of a special automated system from the control point of the battery commander, and directly in the combat compartment of the combat vehicle. Guided and unguided high-explosive shells can be used for firing from 2S19M2.

The upgraded self-propelled howitzer is made on the basis of 152-mm "Msta-S". It was adopted more than thirty years ago, has passed several stages of improvement, but is far from having exhausted its potential. Its most modern modifications 2S19M1 and 2S19M2 are mass-produced and primarily supplied to the Russian Army. In terms of tactical and technical parameters, they are not inferior or even superior to foreign analogues.

It is known that the latest version of the "Msta" with the index 2S19M2, which is particularly respected by gunners, is equipped with additional devices-indicators of the gunner and loader, an on-board electronic computer with a modem, a display and a digital sensor of the elevation angle of the gun. Coupled with the automated removal of the spent cartridge case, reinforced armor, and the ability to operate from the power unit, this made the Russian self-propelled howitzer an excellent strike tool.

Its advantage is the maximum range of fire. Thanks to the automated loading of the projectile and the mechanized loading of the charge, the rate of fire of prepared ammunition is more than eight rounds per minute. Today in the world there are not so many military equipment of this type, hitting targets at a distance of almost 30 kilometers. If we take into account that the ammunition of 50 shells of this self-propelled gun has high-explosive, active-reactive jammers, as well as high-precision guided ammunition "Krasnopol", the advantages of our tracked howitzer become more obvious.

The press service of the Southern Military District also reported that by the end of 2021, the latest self-propelled guns "Coalition-SV"will be delivered to the artillery units of the district.