In the Arctic, in the interests of the armed forces of the Russian Federation, it is planned to conduct flights of a new UAV (atmospheric satellite) "Owl" for the first time" 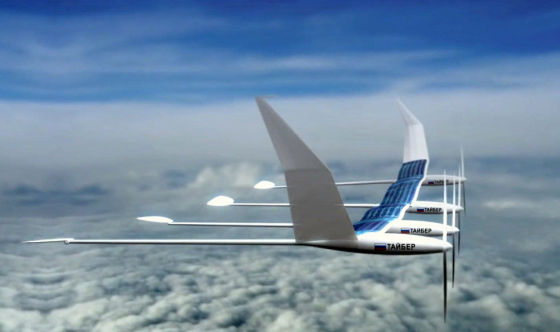 TSAMTO, December 25. In the Arctic, in the interests of the Russian military, it is planned for the first time to conduct flights of a new UAV (atmospheric satellite) "Owl", capable of staying in the air for days, RIA Novosti reports, citing a source familiar with the test program.

"A series of flights of the newest unmanned aerial vehicle "Sova" is planned in the regions of the Far North and the Arctic. In the interests of the military, they will work out the main purpose of the device – relaying communication signals and optical reconnaissance, " the source said.

The source noted that the new drone has an ultra-small weight (up to 12 kg) and a large elongation wing with solar panels. The device is driven by two electric motors with propellers.

"Owl", the interlocutor explained, belongs to the class of so-called atmospheric satellites, because it can be in the air for 50 hours or more, while performing a flight at an altitude of about 20 km.

"In addition, the" Owl "is able to plan for a long time and "float" in air currents due to its small specific weight," the source said.

As the Agency notes, the fact of work on the topic of the "Owl" drone is confirmed in the materials of the collection "Main results of the activities of the Armed forces of the Russian Federation in 2012-2020", which was previously distributed by the Ministry of defense. The brochure indicates that the latest drone was among the projects that were accompanied by the military Department in 2020.