The United States has taken care of state support for its semiconductor industry, so as not to be left without chips for the " defense industry" 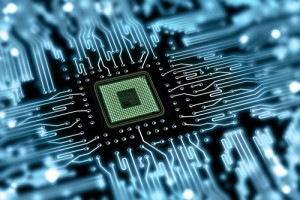 The US Department of defense plans to support national production in the field of semiconductor products suitable for use in the"defense industry".

According to Reuters, the Agency will soon begin collecting proposals that will be taken into account when developing a new state program. Within the framework of this program, measures will be proposed to stimulate the increase in the production of microchips in the country.

Major us chipmakers such as Apple, Qualcomm and Nvidia rely on the manufacturing capacity of contract microprocessor manufacturers such as Taiwan Semiconductor Manufacturing Co (TSMC) and Samsung Electronics. Most of the factories of these companies are located in South Korea or Taiwan. The us authorities do not have control over the production process of semiconductors in the factories of these companies, so they cannot guarantee that their products meet national security standards.

On the other hand, Intel Corporation has factories in the United States, but the production capacity of the plants is mainly enough only to meet the company's own needs, and even then not always. For example, in 2018-2019, there was a shortage of Intel processors on the market.

A long – time partner of the us armed forces, Globalfoundries owns several "trusted" factories in the United States-one in Burlington (Virginia) and East Fishkill (new York), two in new York – and beyond their borders-in Germany, China and Singapore. However, given the rapid recovery in demand for semiconductor products in the world after the first wave of the COVID-19 pandemic, there is a risk of a shortage of microchips, which may to some extent affect the us military.

According to a report posted on the website of the National Security Technology Accelerator (NSTA), a non-profit organization that acts as an intermediary between government agencies and businesses, the US Department of defense wants to influence the current situation.

The Agency will propose a number of incentive measures aimed at creating new enterprises for the development and production of microchips in the country. The built factories will be able to serve both private customers and public customers.

NSTA, in a statement on its website, emphasizes that there are currently no conditions under which the advanced production of chips required by the Department of defense located in the United States would be commercially viable. Such conditions under the new program and plans to create the us defense Department.

Reuters does not specify what the stimulus measures may be. It is known that the new program of the US Department of defense will be called Rapid Assured Microelectronics Prototypes – Commercial (RAMP-C).

In early October 2020, according to Reuters, Intel won the second phase of a contract to upgrade and develop more advanced semiconductors for the US defense Ministry.

TSMC, one of the world's largest manufacturers of semiconductor products, plans to build a factory in Arizona. In November 2020, the city of Phoenix approved the company's project. Probably, the us military will also be able to use its services.

It is known that the company will spend $12 billion on the project. This amount TSMC intends to invest gradually – it is going to spend it in the period from 2021 to 2029. Most likely, the plant will be launched in parts – the company is preparing to start the first production no later than 2024.