"We will make a Superman": why the Pentagon got into the brains of its soldiers 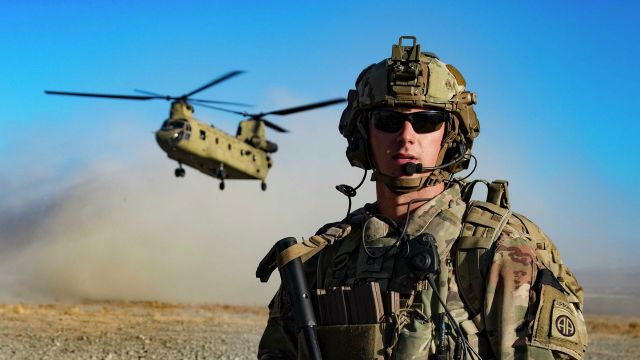 MOSCOW, Dec 11-RIA Novosti, Andrey Kotz. Without words, understand each other in battle, easily cope with stress, become stronger physically — the us army research service (US ArmyResearch Office) claims that in the near future, American soldiers will acquire superpowers. Scientists have come close to decoding brain signals and are about to revolutionize the military. This is not the only Pentagon program to "improve" personnel through new technologies. About what "upgrades" are prepared for the fighters — in the material of RIA Novosti.

Recently, American scientists, using special algorithms and complex mathematics, were able to separate the brain signals responsible for actions from others that do not affect human behavior. According to them, it was possible not only to record these nerve impulses, but also to understand which of them is responsible for what. In the future, this may lead to the creation of a computer that can control the soldier directly through the brain — to transmit "tips"there. Scientists are sure that the technology will be very useful in a war zone.

"The brain begins to send signals about stress or fatigue long before a person realizes that they are excited or exhausted," program Manager Hamid Krim explained to reporters. - The new technology will tell the soldier in advance when it is time for him to rest, eat, calm down. In addition, in battle, it is not always clear exactly where the bullet or shrapnel hit, but the soldier's brain knows this very well. And if the corresponding signals are output to a special portable computer, everything will be immediately clear with the injury. In fact, the possibilities of this technology are limited only by the imagination."

Another possible application of the "brain computer"is silent communication, which would be very useful for intelligence units operating behind enemy lines. This isn't about telepathy, of course. 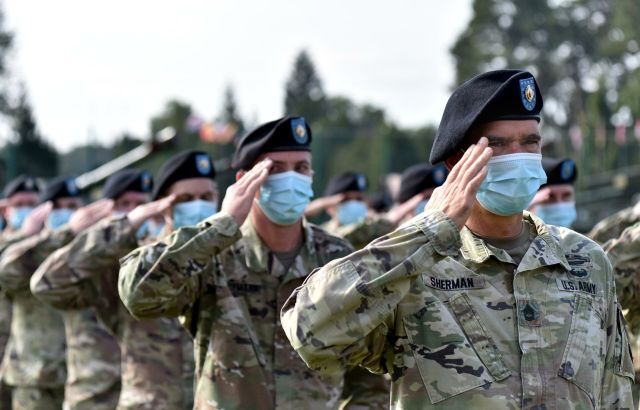 "Let's say that a colleague and I are in a combat situation," Krim gave an example. — We need to discuss further actions, but we need to remain completely silent. I mentally pronounce the message, my portable computer, Communicator or smartphone records it and transmits it to an electronic device to a friend. The latter, in turn, sends him my message directly to the brain. Bottom line: we understood each other perfectly, and we didn't say a word."

Scientists do not hide the fact that there is still a lot of work ahead and the combat-ready computer-human interface, which uses brain signals, will obviously not appear soon. However, the prospects are great. In addition, the technology can also be used for peaceful purposes — for example, for training.

Likes to "dig" in the brains of military personnel and the famous DARPA-the office of advanced research projects of the US Department of defense. A year ago, the Agency received $ 65 million from the budget for a program to create a human-computer interface that involves implanting a special device directly into the head. According to the authors, the chip will stimulate different parts of the brain to improve certain characteristics of the soldier.

The Pentagon expects to eventually give the fighters hypersensitivity and speed up their reaction. Six research groups are working on the project at once. Four are responsible for the improvement of sight, two for hearing. And this is understandable: in modern war, the winner is the one who first sees or hears the enemy. The brain of a soldier is going to be directly connected to a computer network, from which soldiers will be able to get real-time information about what is happening on the battlefield, without being distracted by a tactical tablet or radio.

The goal of the project, says DARPA, is "to develop an implantable system that can provide an accurate connection between the brain and the digital world." Program Manager Philippe Alvelda explained to reporters that the best technical solutions for the brain-computer interface today are like two supercomputers trying to communicate with each other using an antediluvian telephone modem. This communication channel needs to be expanded. And not only in the interests of the military. DARPA claims that their program will help treat people with blindness, paralysis and speech disorders.

In addition to direct intervention in higher nervous activity, the Pentagon plans to increase the effectiveness of fighters with medication. In February 2019, the US army command posted an unusual order on the public procurement website: to investigate how the combat capability of soldiers is affected by steroid drugs.

The official name of the project is Optimizing Performance for Soldiers: Androgen Therapy for Biomedical Performance Enhancement ("optimizing the effectiveness of military personnel: androgen therapy for biomedical improvement of combat capability"). The customer invited interested organizations to conduct clinical studies of the effect of testosterone injections on the body, muscle mass, protein balance and thinking abilities of a person under conditions of high physical exertion and constant stress. The goal is to understand whether artificially increasing the level of the male hormone will help the soldier maintain strength and clarity of thought during a long combat mission.

According to the report of the authors of the project, testosterone in the body of US army Rangers at peak loads falls almost to zero, and the number of calories burned per day exceeds six thousand. It is assumed that steroid injections will prevent the processes of catabolism (burning of muscle mass), reduce fatigue and increase the overall tone of the body. 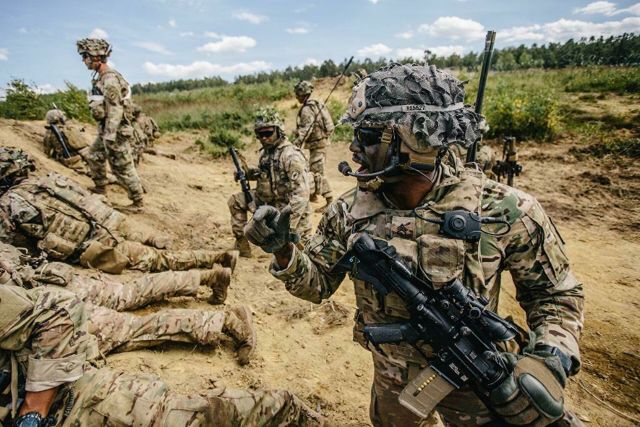 Us military during exercises in Germany

Injectable testosterone, however, is far from harmless. Overdose can lead to increased aggressiveness, gynecomastia, hormonal changes, as well as unpleasant skin diseases, which in conditions of front-line unsanitary conditions can permanently disable a fighter.