State tests of the Uran-9 combat robot are being completed, work on the "Companion" and "Assault" continues - the commander-in-chief of the Ground forces 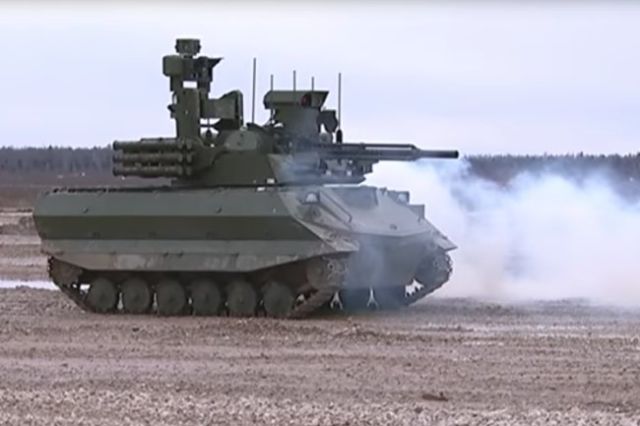 Moscow. December 9. INTERFAX-Work on the creation of heavy and medium-class robotic systems "Sturm" and "Soratnik" continues, their introduction will change the ways of using combined-arms formations in combat operations, said the commander-in-chief of the Army, General of the army Oleg Salyukov.

"This year, the state tests of the Uran-9 combat robotic complex (RTK) are being completed. At the same time, in order to form high-tech units of the Ground forces, work continues on the creation of ground-based heavy and medium-class RTCs ("Sturm" and "Soratnik"). The introduction of troops and the development of the theory of their combat use will contribute to changing the order and methods of using combined - arms formations in the conduct of combat operations," Salyukov said in an interview published on Wednesday by the Krasnaya Zvezda newspaper.

According to him, along with promising models of weapons, great importance is given to the creation of combat equipment for military personnel, promising samples of small arms, grenade launchers and ammunition for them.

"Currently, state tests of a promising 7.62 mm self-loading sniper rifle and sights with improved tactical and technical characteristics are being conducted," the commander-in-chief said.

According to open data, the Uran-9 combat RTK was developed by JSC 766 UPTK. The robot is designed for reconnaissance, infantry fire support, and tank destruction. Uranus-9 is capable of hitting targets at a distance of up to 5,000 meters during the day and 3,000 meters at night. The 12-ton complex is armed with a 30-mm 2A72 automatic gun, a 7.62-mm machine gun, jet flamethrowers "bumblebee-M" and a complex of guided weapons "Ataka" with anti-tank missiles.

The Uran-9 complex was first demonstrated at the Victory day Parade on may 9, 2018. A few days earlier, then-Deputy defense Minister Yuri Borisov said that this complex was involved in the Syrian campaign.