The famous jet "Hurricane" can get a new wheeled chassis 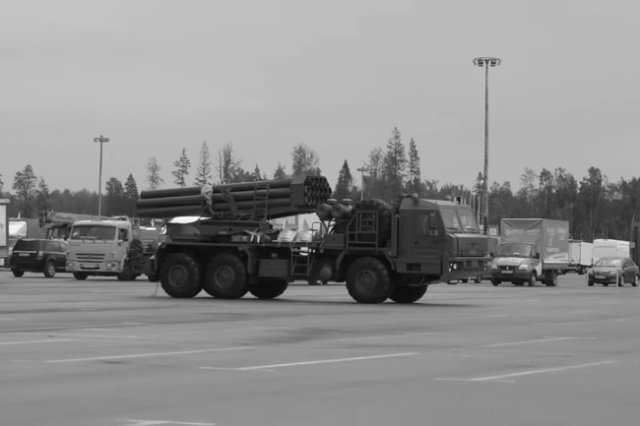 The 9k57 Uragan multiple launch rocket system was adopted 45 years ago. Despite its age, it is still considered one of the best MLRS in the world, capable of performing combat tasks effectively for a long time.

The ZIL-135LM four-axle all-terrain vehicle, previously tested in the 9k52 Luna-M tactical missile system, which had been in service since 1964, was used as a landing gear.

This car has high cross-country characteristics. At the same time, the disadvantage is the simultaneous use of two ZIL-375 gasoline engines with a total capacity of 360 HP, characterized by high fuel consumption (according to some sources, up to 130-150 liters per 100 km), as well as the resulting difficulties in operation.

Therefore, it is not surprising that the decision was made to transfer the launcher to a new wheeled chassis. Currently, the Network has an image of the version of the "Hurricane" on the BAZ-69092 platform - a modern Russian car that surpasses the "one hundred and thirty-fifth" in all characteristics.

Work in this direction is also underway abroad. So, the Minsk designers mounted a jet installation on a three-axis MAZ-631705. The updated car was shown last year at the international exhibition of weapons and military equipment MILEX-2019.

In Ukraine, they tried to install MLRS on KrAZ-6322, but due to the bankruptcy of the Kremenchug automobile plant, it was decided to use a foreign car - Tatra T815-7T3RC1.