Violation of the NPT: Russia urged the US not to place nuclear weapons in the allies 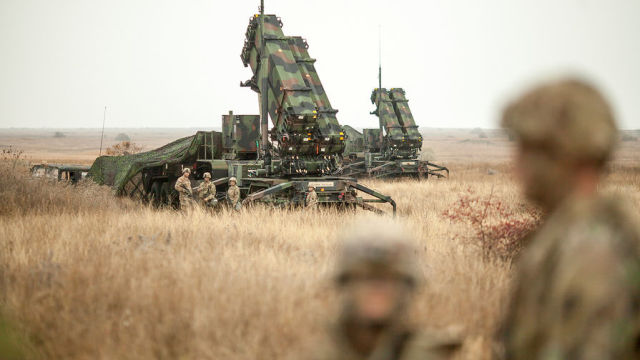 Moscow reminded Washington of the provisions of the Treaty on the non-proliferation of nuclear weapons, which, according to Russia, are violated by the American side by placing its nuclear weapons on the territories of US allies. Today, the issue of control over nuclear weapons is acute, given that the future of the start-3 Treaty is still unknown.

Russia expects that the United States will stop deploying its nuclear weapons on the territories of its non-nuclear allies, as this may lead to new risks and violates the provisions of the Treaty on the non-proliferation of nuclear weapons (NPT), Russian Deputy foreign Minister Sergei Ryabkov said.

As the Deputy foreign Minister noted during his speech at the session of the international forum "Fort Ross Dialogue", which is held online,

the Russian side is concerned about the provisions of the new document on the nuclear policy of the United States, including the deployment of low-charge nuclear warheads.

According to him, Moscow takes the appearance of such threats very seriously and is making efforts to prevent situations that could lead to a nuclear war. As the Deputy head of the Russian foreign Ministry reminded, the Russian Federation proceeds from the fact that nuclear weapons can be used exclusively for intimidation, and their only purpose is to protect the territorial integrity and sovereignty of the state.

Moscow's position, he said, is that a nuclear war cannot be won and cannot be drawn into it.

In this regard, Ryabkov called it important to confirm both at the bilateral level and in multilateral formats the formula on the inadmissibility of nuclear war, similar to the statement made in 1985 by Soviet leader Mikhail Gorbachev and his American counterpart Ronald Reagan. "We believe that in this difficult time, the international community really requires such political messages," the Deputy Minister stressed.

He also said that the Russian side is ready to work on modernizing the mechanisms for managing dangerous situations and preventing incidents that may lead to the use of nuclear weapons. Ryabkov recalled that Moscow had previously offered to modernize some of these mechanisms. For example, ideas were put forward to update the 1972 agreement on the prevention of incidents on the high seas and in coastal waters.

The Treaty on the non-proliferation of nuclear weapons (NPT) was signed in 1968 with the assistance of the UN disarmament Committee. It came into force in 1970. Initially, it was assumed that it would be valid for 25 years and at the same time there would be a possibility of its subsequent extension. But in 1995, it became indefinite. This document legalized the nuclear arsenals of Russia, great Britain, China, the United States and France, and also assigned these countries the status of nuclear powers.

Most of the world's nuclear reserves, according to available data, are accounted for by Russia and the United States. To date, the only Treaty containing the nuclear forces of these States remains the strategic offensive arms reduction Treaty (start-3), but it expires next year. It can be extended for five years with the mutual consent of Moscow and Washington, but this issue is still under active discussion.

Russia and the United States signed start-3 in 2010. Under it, countries have committed themselves to reducing their nuclear warheads to 1,550, and the number of Intercontinental ballistic missiles and missiles deployed on submarines and heavy bombers to 700.

Previously, there was another tool for deterring the nuclear forces of Russia and the United States - the Treaty on the elimination of intermediate-range and shorter-range missiles (INF).

But it ceased to exist on August 2, 2019. US President Donald trump announced his intention to withdraw from this agreement on February 2, 2019, and during this period, the countries failed to reach an agreement on this document.

The Russian side made a proposal to introduce a moratorium on the deployment of the INF in Europe, but there was no positive response to this initiative.

The rights to this material belong to Газета.ru
The material is placed by the copyright holder in the public domain
Страны
Великобритания
Китай
Россия
США
Франция
Компании
ООН
Персоны
Трамп Дональд
Проекты
NATO
РСМД
СНВ-3
Ядерный щит
ЯО
Do you want to leave a comment? Register and/or Log in
Log in via Facebook
The Permanent Representative of the Russian Federation to international organizations in Vienna Ulyanov called the refusal of AUKUS to provide data on the union abnormal
The United States agrees with Stoltenberg on the inadmissibility of Russia's influence in the issue of NATO expansion
In the USA, they were surprised by the size of the Su-75
The National Interest (США): российский танк Т-80 — это не шутка
Korean aircraft carrier "won back" funding
Шойгу счел необходимым построить в России еще несколько крупных городов
The State Duma appreciated the idea of banning the sale of grenades after the shooting at the MFC in Moscow
British military demanded $1.1 million for stuttering after Estonian frosts
Sasapost (Египет): американцы создают самый мощный лазер в истории. Что это значит?
Tank killer: the work of the PTKM-1R anti-roof mine was shown on video
Корпорация "Иркут" до конца 2018 года поставит ВКС РФ более 30 истребителей Су-30СМ
Как России зарабатывать больше на продаже вооружений
Putin signed the law on the powers of Roscosmos in the field of infrastructure construction
In the USA, they called the advantages of the Russian "Sun"
Американский эксперт назвал пять мощнейших российских танков
other topics discussed
2006-2021 © ВПК.name. All rights reserved.
When reprinting, link to ВПК.name required.
User agreement.
№ 21-PP in the register of information distributors.
18+
Website hosting: TimeWeb.