Russia has created a national laboratory of quantum 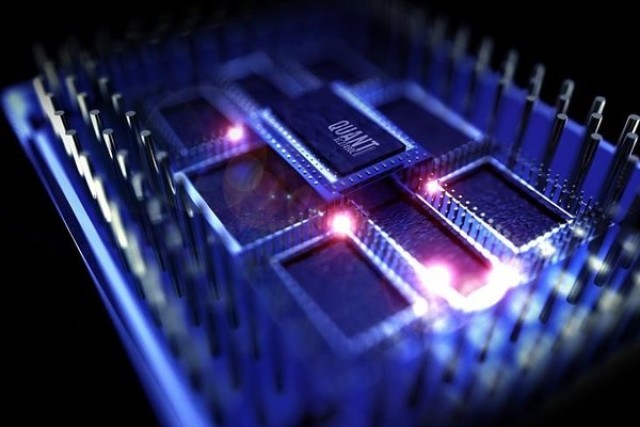 A new Federal project, the National quantum laboratory, was launched in the press center of the Rossiya Segodnya news AGENCY. The consortium, created under the auspices of the Rosatom state Corporation, intends to adopt the experience of world leaders and combine the efforts and resources of key universities, research centers, technology companies, financial organizations, startups and development teams in the field of creating quantum computers.

Similar national programs have already been launched in the European, American and Asian markets.Seven organizations were the first to join the National quantum laboratory: JV Kvant (an organization of Rosatom state Corporation), HSE, nust MISIS, MIPT (NRU), the Lebedev Physical Institute of the Russian Academy of Sciences, The Russian quantum center, and the SKOLKOVO Foundation. Subsequently, the consortium will include other interested organizations. The national quantum laboratory was headed by Ruslan Yunusov, head of the project office for quantum technologies of Rosatom state Corporation.

Participants will focus on such important tasks as creating new and updating existing infrastructure, as well as training personnel. A nanofabrication center with an area of 2 thousand square meters and an advanced laboratory complex with an area of more than 3.5 thousand square meters will be built on the territory of SKOLKOVO. The purchased equipment will be used both for opening new laboratories and for improving existing laboratory complexes of NCL members. The state-of-the-art infrastructure base will allow us to qualitatively increase the level of research and scientific development, including in the framework of the implementation of the roadmap for quantum computing.

To create a talent pool, the consortium will start launching educational programs on quantum topics, starting at the school level, and introduce standards for training and retraining of specialists. The NCL participants will pay special attention to attracting foreign experts in areas that are not currently represented at the proper level. Students, postgraduates and young researchers will be able to learn from the experience of world-class scientists and use it in the development of a domestic quantum computer on four main platforms: superconductors, ions, neutral atoms and photons.

Scientific and educational institutions, state corporations, industrial startups, as well as representatives of business and investment communities interested in implementing projects in the field of quantum computing are invited to participate in the joint work. Members of the consortium will receive methodological, marketing and analytical support for their activities, including assistance in finding staff and attracting partners (and startup teams, among other things, will have priority access to the incubator and accelerator).

Alexey Likhachev, General Director of the Rosatom state Corporation, commenting on the creation of the NCL, called quantum technologies one of the main directions that determine the future of scientific and technological progress:

Quantum computing and the quantum computer today are a field of competition between the world's scientific schools and technology giants. There is a serious competition for leadership in this direction. I am confident that the national quantum laboratory will make a significant contribution to ensuring that our country's position in this area is high.

Ekaterina Solntseva, Director of digitalization at Rosatom state Corporation, in her address to the consortium members, stressed that the creation of the NCL is a step towards building a sustainable ecosystem of quantum computing in Russia and presenting it at the international level:

The NCL will bring together representatives of science, business, and innovation, and its participants will be able to become not only large players, but also small startups. This will strengthen the human potential of our work in the quantum field: we will create research groups with the participation of the best Russian specialists and will be able to invite scientists from abroad with competencies that are not currently represented in our country. The level of the technological challenge is such that all countries with serious ambitions in the quantum field go by accumulating efforts – this is the only way to ensure results. Being comparable in scale to major global projects of other leading countries, NCL will become an active participant in the international quantum dialogue.
The experience of world leaders in the field of quantum computing shows that significant results can only be achieved by creating national programs with support at the highest state level. Consolidation of the main participants in the local market is a correct and very logical measure, which has already been reached by our American, Asian and European colleagues. The exchange of competencies, best practices and information, mutual assistance and performance under a single brand significantly strengthen the national position in the global arena. The launch of the NCL is a key step for the development of the entire domestic quantum technology industry — " said Ruslan Yunusov, head of the project office for quantum technologies at Rosatom state Corporation.
The rights to this material belong to Industry Hunter
The material is placed by the copyright holder in the public domain
Страны
Россия
США
Компании
Росатом
СКОЛКОВО
Проекты
ИТ
Comments [3]
№1

komix
30.11.2020 21:02
"НИУ «ВШЭ»,Фонд «Сколково». Впоследствии в консорциум войдут другие заинтересованные организации. "  - похоже распил ожидается гигантский.
+1
Inform
Do you want to leave a comment? Register and/or Log in
Log in via Facebook
The Permanent Representative of the Russian Federation to international organizations in Vienna Ulyanov called the refusal of AUKUS to provide data on the union abnormal
In the USA, they were surprised by the size of the Su-75
The United States agrees with Stoltenberg on the inadmissibility of Russia's influence in the issue of NATO expansion
In the USA, it was proposed to ban "Solntsepeki" and "Pinocchio"
Putin signed the law on the powers of Roscosmos in the field of infrastructure construction
Korean aircraft carrier "won back" funding
Конфликты: Йемен - "забытая" война
The National Interest (США): российский танк Т-80 — это не шутка
Russia will offer India the technology of the Octopus tank
Шойгу счел необходимым построить в России еще несколько крупных городов
The State Duma appreciated the idea of banning the sale of grenades after the shooting at the MFC in Moscow
British military demanded $1.1 million for stuttering after Estonian frosts
Sasapost (Египет): американцы создают самый мощный лазер в истории. Что это значит?
Tank killer: the work of the PTKM-1R anti-roof mine was shown on video
Корпорация "Иркут" до конца 2018 года поставит ВКС РФ более 30 истребителей Су-30СМ
other topics discussed
2006-2021 © ВПК.name. All rights reserved.
When reprinting, link to ВПК.name required.
User agreement.
№ 21-PP in the register of information distributors.
18+
Website hosting: TimeWeb.