Russian defense Ministry under sanctions: what plans are being made in the United States 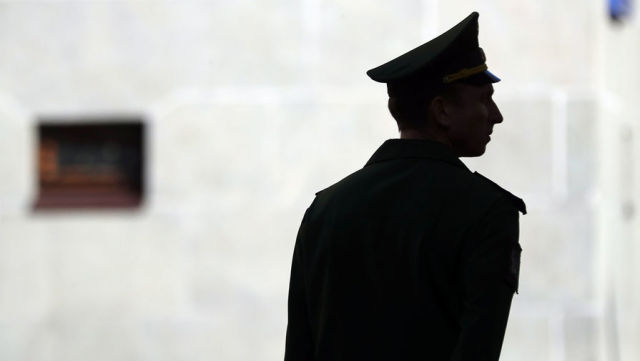 The Ministry of defense of the Russian Federation, institutes of the state Corporation Rosatom, two Roscosmos enterprises and a number of other organizations may fall under US sanctions, media reports with reference to the draft version of the corresponding draft "black list". Washington has already imposed sanctions against Russia twice this month.

The United States may impose sanctions against the Russian Ministry of defense, some defense and civil industry enterprises, one Federal state unitary Enterprise associated with the administration of the President of Russia, as well as the forensic center of the police Department in the Nizhny Novgorod region. This follows from the draft version of the draft "black list", which is being prepared by the administration of the current President of the United States, Donald trump, RIA "Novosti" reports.

The new measures are related to restrictions that, as indicated in the draft, are going to be announced against 89 Chinese companies that cooperate with the military, and 28 organizations in the aviation, rocket and space and nuclear industries, instrument and engine construction, as well as research centers in Russia.

The list, in particular, may include institutes of the state Corporation Rosatom, which participated in the creation of advanced weapons, and two enterprises of Roscosmos.

In addition, the sanctions may apply to manufacturers of helicopters and aircraft engines, developers and suppliers of aviation materials and air traffic management systems.

According to a source familiar with the situation, RIA Novosti, if the sanctions are approved, companies in the United States will need to obtain a special license to continue any contacts with enterprises in the Russian Federation.

Before that, Russian space and nuclear companies and institutions were not subject to restrictions from Washington. The only exception is the Pentagon's ban imposed last year on using Russian services for commercial satellite launches, if this poses a threat to the country's cybersecurity. The relevant amendments were posted by the military Department at the end of may last year on the website of the Federal register. According to the text, the ban will take effect from 2023.

The Pentagon then clarified that the innovation relates to commercial launches and will affect "less than 86 small organizations."

On November 24, the state Department announced sanctions against three Russian organizations (Aviazapchast, Elecon, and Nilco Group). The document of the Ministry States that the restrictions are provided for by the third section of the law on the non-proliferation of weapons of mass destruction in relation to Iran, North Korea and Syria. They came into force on November 6 this year. The sanctions prohibit any United States government entities from dealing with these companies. They also deny the right to issue licenses for the transfer of goods under export control to them.

Russian Ambassador to the United States Anatoly Antonov considers the introduction of these sanctions another discriminatory step. "It is clear that such an unconstructive approach does not contribute to improving the climate in Russian-American relations. There is no doubt that the unilateral measures of the United States are aimed at undermining the economic potential of Russian companies, " the diplomat said on the diplomatic mission's Facebook page.

Antonov called the actions of the American side illegitimate and called for the rejection of baseless accusations.

As an alternative to threats and blackmail, he pointed to political and diplomatic methods.

Shortly before that, on November 19, the us Treasury announced that two companies located in Russia were included in the sanctions lists. Under the restrictions were the Russian construction company "Mokran" from St. Petersburg and the North Korean "General trading company "Chholsan", whose branch is located in Moscow. According to the Ministry's statement, both companies submitted a request and received permission to leave the DPRK for labor in Russia.

"North Korea has a long history of exploiting its citizens: sending them to distant countries to work in grueling conditions in order to financially support Pyongyang and its weapons programs. Countries that still accept North Korean workers should send them home, " us Treasury Secretary Steven Mnuchin said in this regard.