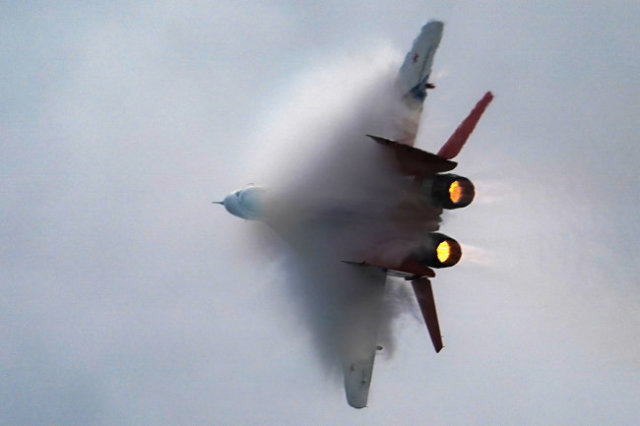 The Drive portal found out who bought the MiG-29UB fighter from the collection of Microsoft co-founder Paul Allen, who died in 2018. The new owner of the plane was a young "business phenomenon" Jared Isaacman. He is known as the Creator of Draken International, which has one of the world's largest fleets of used combat jet aircraft. Moreover, the billionaire himself is an experienced pilot.

In 2019, Jared Isaacman sold his stake in Draken International for tens of millions of dollars. Apparently, this money, as the Drive jokes, the businessman spent on the purchase of the plane. According to the portal, this fighter is in perfect condition and is "the most beautiful MiG-29 In the world".

Jared Isaacman explained that he purchased it for personal pleasure and plans to perform with it at an air show so that people can appreciate "the characteristics of this unique bird." According to him, the MiG-29 gives an incredible feeling. When you take off on it, it seems that it is "a real spaceship".

"This is definitely the most impressive plane I've ever flown," concludes Jared Isaacman.

The rights to this material belong to Российская газета
The material is placed by the copyright holder in the public domain
Страны
США
Продукция
МиГ-29
Компании
Draken Int
Проекты
ИТ
Do you want to leave a comment? Register and/or Log in
Log in via Facebook
The Permanent Representative of the Russian Federation to international organizations in Vienna Ulyanov called the refusal of AUKUS to provide data on the union abnormal
In the USA, it was proposed to ban "Solntsepeki" and "Pinocchio"
The United States agrees with Stoltenberg on the inadmissibility of Russia's influence in the issue of NATO expansion
Putin signed the law on the powers of Roscosmos in the field of infrastructure construction
Korean aircraft carrier "won back" funding
Конфликты: Йемен - "забытая" война
The National Interest (США): российский танк Т-80 — это не шутка
In the USA, they were surprised by the size of the Su-75
Russia will offer India the technology of the Octopus tank
Шойгу счел необходимым построить в России еще несколько крупных городов
The State Duma appreciated the idea of banning the sale of grenades after the shooting at the MFC in Moscow
British military demanded $1.1 million for stuttering after Estonian frosts
Sasapost (Египет): американцы создают самый мощный лазер в истории. Что это значит?
Tank killer: the work of the PTKM-1R anti-roof mine was shown on video
Корпорация "Иркут" до конца 2018 года поставит ВКС РФ более 30 истребителей Су-30СМ
other topics discussed
2006-2021 © ВПК.name. All rights reserved.
When reprinting, link to ВПК.name required.
User agreement.
№ 21-PP in the register of information distributors.
18+
Website hosting: TimeWeb.