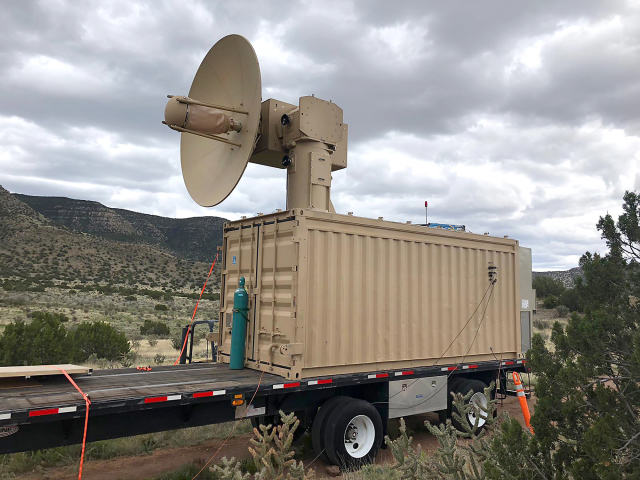 At least, so says a prominent expert of the Communist party of China — Jin canrong (Jin Canrong). A video of the speech in which he makes such a statement quickly went viral. The news was picked up by prominent news agencies, and on specialized resources it may well claim the status of the topic of the day. But how much truth is there in it?

Jin canzhong is the Deputy Dean of the Department of international relations of the people's University of China (Renmin University of China). He has repeatedly played the role of a profile expert from the Communist party of China, including speaking at various events at the international level. For example, at the "Pioneers of change" summit, which is held under the auspices of the world economic forum.

During one of his public lectures in Beijing, Jin said that soldiers of the people's liberation army of China (PLA) used energy weapons. In different sources, there is a different translation: either it was about lasers, or about microwave emitters (microwave). Judging by the further description, most likely the second.

According to the Professor, everything happened during the recent clash between the Indian and Chinese military in the disputed border territories of Ladakh province. To knock out the enemy from a key height, PLA soldiers used energy weapons. With his help, the two best positions on the mountain tops quickly "turned into furnace". The enemy could not endure the most unpleasant effects of radiation for a long time and took to flight.

The story about the impact of weapons suggests that it was a microwave weapon. Jin said that after 15 minutes of radiation, the enemy soldiers began to feel sick, they experienced burning in different parts of the body and pain. This is still unusual even for the XXI century, the weapon was chosen because of the ban on shooting. In order not to escalate the border conflict, the Indian and Chinese military usually use stone age methods: recent skirmishes in Ladakh took place using stones, steel rebar and other improvised means.


As the Professor's lecture was broadcast on television, the news quickly spread widely. Moreover, it was reprinted in several Chinese print and online media. Finally, publications appeared in a number of Western publications, including The Times , which cited many local sources. In these articles, many details about Chinese military equipment and mysterious incidents of the recent past were given for the sake of persuasiveness or just as a context.

For example, they remembered the latest type 055 destroyers with alleged microwave emitters for missile defense. They can serve as indirect confirmation of the presence of energy weapons in the PLA Arsenal. In addition, they did not ignore the mysterious case of mass malaise of employees of the American Embassy in Cuba. According to one version, US citizens there were irradiated with a microwave gun, which led to headaches, malaise and other specific symptoms.

In other words, a solid news item has grown up around the Deputy Dean's single speech. It is worth noting that multiple reprints of the same information do not give it any credibility or weight. Perhaps a Professor at a major Chinese University and a Communist party expert has access to some military information. Or maybe he's just retelling a story he heard out of the corner of his ear, which has some real basis, but distorts or thinks out the details.

Given the specifics of the interaction of the Chinese government and the military with the world's media, there is no need to wait for a refutation or confirmation of reports about the combat use of energy weapons. From the point of view of propaganda, the dissemination of any such stories plays into the hands of the country. Like, let everyone think that we have the latest developments. To refute the news is to lose this information "patron" in the cold war. Confirm — give the international community a reason to blame China for the escalation of the border conflict in Ladakh. Thus, if the story is true, the details about it will be unknown for a long time, and so far there is no evidence or evidence of what happened.