Are we going to threaten otkel? 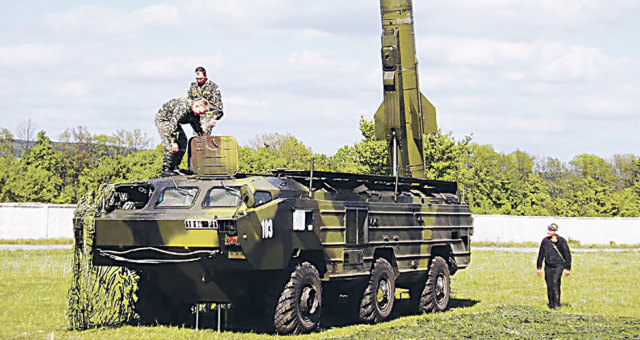 Last year's well-known report by the American Rand Corporation "Stretching Russia's forces and putting it out of balance" States, in particular, that deterring the build-up of Russian forces in the Black sea would include the deployment of significant NATO forces equipped with systems to prevent access and deny access to the airspace over the Black sea. Perhaps these measures would be implemented, including in the form of long-range ground-based anti-ship missiles. In this case, the cost of protecting Russian bases in Crimea would increase, and the benefits for Russia from seizing this territory would decrease.

Further, however, it is recognized that Russia would certainly have launched an active diplomatic and information campaign to dissuade coastal NATO countries and non-NATO States from participating in actions against the Russian Federation. In addition, operating in the Black sea is politically and logistically more difficult for the US Navy than for the Russian Navy. It is also more dangerous for the US Navy to participate in the conflict here.

How right are the authors of the report from their point of view? And do we need to respond to this? It can be noted, for example, that neither the United States nor other NATO countries currently have any long-range ground-based anti-aircraft missiles. And even about such projects, nothing is known. The black sea countries, both members and non-members of NATO, are really likely to think very hard about whether to participate in actions against Russia. So far, there are no major us military installations or contingents in them. The only exception is the "grounded" aegis, a ship-based missile DEFENSE system in Romania, but this system is generally defensive, it does not create any real problems for the Russian armed forces and is unable to create them. By deploying serious strike weapons on their territory, these countries are essentially signing their own death sentences, which is very easy to understand.

"The current NATO is a soap bubble, the" aggressive imperialist bloc " is categorically unable to fight with Russia ”

In a broader sense, it should be noted that it is impossible for Russia to" devalue Crimea " at all. In 2014-2015, just in connection with the Crimea and the Donbass, a number of progressive journalists, publicists, and political scientists taught poor primitive Russia that this is not the XIX century, but the XXI, so territories do not matter, ideas, economy, and technology are important. For some reason, these teachings were addressed only to Russia, no one explained the uselessness of territories to democratic Georgia and Ukraine going to Europe. After all, if territories don't matter, why don't these countries give up Crimea, Donbass, Abkhazia, and South Ossetia in favor of poor Russia? Or, for example, why doesn't Spain, a member of the EU and NATO, let Catalonia go free, or Cyprus give up its North-East in favor of Turkey? But no, they only taught us to live without territory.

Meanwhile, humanity lives precisely on the territories where the population, economic objects, infrastructure and military equipment, natural resources are located, and ideas and technologies are born on them.

In this regard, one interesting fact. The US formally occupied 4-e a place in the world in size, but if you take the useful area, that is economically developed, they are in first place in the world, which certainly was a factor in their long-term economic and geopolitical leadership. Russia and Canada have huge empty Arctic spaces, while China has the mountainous and desert Western half of the country. Brazil, which occupies the fifth place, has the vast Amazon jungle in the West and North of the country, and Australia, which is the sixth largest, has a desert that covers the entire interior of the continent. Therefore, the US is out of competition. And for some reason, they don't want to give up the territory completely, but they are calling us to do it.

Or Azerbaijan formally regained a very small territory during the fighting in Karabakh. Nevertheless, it will be much more convenient for him to start the next war at the expense of this territory, if, of course, Russia's efforts fail to finally close the Karabakh issue within the framework of a peacekeeping action. And this cannot be discounted in any way.

In Russia, the undeveloped areas of the North and East occupy up to two-thirds of the territory. However, even they are not useless. This is at least a reserve for the future. In addition, at the present time, it is an excellent natural means of air defense. Currently, we are not doing very well with the deployment of air defense systems and fighter aircraft in the Arctic, especially in its Asian part. But these spaces themselves are so large that no aircraft other than a strategic bomber can reach the developed regions of Russia through them.

Crimea, on the contrary, is very small, but well developed and very conveniently located almost in the center of the Black sea. And it can't be discounted. Of course, you can deploy such strike means that will suppress any group of the Russian armed forces stationed in the Crimea. But the enemy needs to spend extremely serious resources (human, technical, financial) on this, which he did not plan to spend before the transition of Crimea to Russia. By acquiring this territory and depriving the enemy of it, we devalue them, not them us.

However, you can do an additional devaluation of the opponent with the help of another territory that is not de jure, but de facto ours-North-Western Syria. As shown in the article «EN/articles/57586" target="_blank" rel="nofollow">Syria: military experience inexpensive ", the Syrian campaign was absolutely necessary for Russia to destroy the maximum number of Islamic radicals, represents an extremely serious threat to us, as well as for weapons testing and acquisition of combat experience personal (especially officers) of the armed forces. But you can also benefit from it by using the bases obtained on Syrian territory for the war not only in Syria itself. You can deploy a more or less full-fledged group there to create tension for all imaginable opponents in the Mediterranean. Given the certain isolation of this group from the main Russia, that is, the risk of its loss, it is not necessary to make it too large and drive the latest equipment there (especially since this is very expensive), we need reasonable sufficiency.

The aviation group at the Syrian airfields could include a full-fledged regiment of su-24M bombers, a regiment of su-27 fighters, a regiment of MiG-31 interceptors, including several MiG-31K (Dagger carriers) and, possibly, at least a squadron of Tu-22M3. The current ground air defense group could be reinforced by a couple of regiments (3-4 divisions each) of S-300PS/PM and a couple of brigades "Buk-M1/2" (from among those that are now being withdrawn from the zrv and military air defense, but have not lost their combat capability). Four or five MRCs of projects 21631 and 22800 could be based on the Tartus naval base on a permanent basis. Ground protection of all this can be carried out by two newly formed specially for this task and equipped with equipment raised from storage and upgraded, motorized rifle brigades. These brigades should not participate in the Syrian war, they should be staffed only by contract soldiers, since conscripts are supposed to serve on the territory of Russia and fight only in the event of a full-scale aggression against it. Perhaps they should be supplemented by one or two brigades of OTR "Tochka-U", which, like the aforementioned SAM, with armament removed, but hardly disposed and the combat potential they by no means lost.

"Caliber-NK", with ISC and "Daggers" with the MiG-31 (and possibly with the Tu-22M3) even if you run out of waters and airspace at the minimum distance from the Syrian bases, under the guise of its defense will surely cover all the "friendly" Turkey, all the Balkan Peninsula, practically all the former Warsaw Pact countries, all of Italy, parts of Germany. You can also add the whole of Ukraine, but it is easier to get it from Russian territory.

Of course, the enemy can also potentially suppress such a group. But this will require additional very significant resources. At the same time, they will be spent on destroying troops stationed far from Russia, and they will respond, on the contrary, on the territories of the NATO countries themselves.

It's actually pretty stupid. Simply because the current NATO is a soap bubble, the "aggressive imperialist bloc" is categorically unable to fight with Russia. On the other hand, Russia does not have the slightest motivation to attack any of the NATO countries (even the Baltic States). Because to a certain extent, our aforementioned teachers are right. If in the XIX century, and even more so in previous eras, the capture of any territory was considered valuable in itself, now it makes sense only if the population of this territory is loyal to the invaders (or there is no population at all). Crimea is perfect in this sense, and Abkhazia and South Ossetia are practically not far behind. The capture of at least the Baltic States will give Russia certain benefits of a territorial (and military) nature, but will not bring any useful resources. And most importantly, we will get an almost completely hostile population. This is what will devalue the territory, not some NATO missiles.

Paradoxically, the major problem for US now is not military strength, but the military weakness of NATO. It is the awareness of one's own weakness that turns out to be one of the main reasons for inflating anti-Russian propaganda hysteria in the West, which is already taking on a grotesque character. On the other hand, we are not obliged to treat the inadequacy of the West. On the contrary, it is necessary to stop imposing on friends there "respected partners"long ago. They don't respect us at all, and we have nothing to respect them for. Therefore, if they really want to restrain us in the Crimea, let them get " Daggers "and" Calibers " in Syria. Some diseases are well treated with shock therapy.


Alexander Khramchikhin, Deputy Director of the Institute for political and military analysis