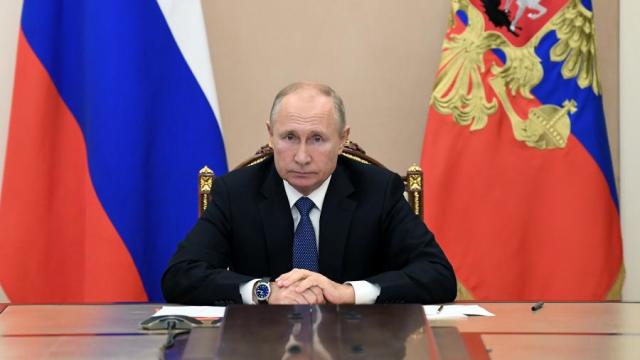 Moscow. November 16. INTERFAX-Russia will create a logistics center For the Navy in Sudan on the Red sea, according to the decree of the President of the Russian Federation.

"Instruct the Russian defense Ministry to sign the agreement on behalf of the Russian Federation," the order says.

Russia and Sudan have previously discussed the draft document, according to a decree signed by Prime Minister Mikhail Mishustin, which was posted on the official legal information portal on November 11.

The agreement is expected to be valid for 25 years with a further possibility of extension.

The document notes that the "point logistics" - a military formation of the Armed forces c military and special equipment, infrastructure and provision of Parking and repair of warships of the Russian Federation with necessary stocks and other assets.

Russia will be able to place ships with a nuclear power plant at the naval station in Sudan, the maximum number of personnel at the point is 300 people, according to the draft agreement between the two countries, which is posted on the legal information portal on November 11.

The maximum number of Russian warships that are allowed to simultaneously stay in the logistics support point is set: four units, including warships with a nuclear power plant, subject to compliance with nuclear and environmental safety standards.

Russia is ready to supply weapons and military equipment to Sudan free of charge for the organization of air defense of the country's naval base in Port Sudan, according to the draft bilateral agreement.

Russia will also be able to use the airspace of the Republic of Sudan for aircraft flights in order to implement this agreement. According to the draft agreement, Russia will be able to deploy temporary military posts in Sudan to protect its naval station outside its territory.

The document says that the external border security of the item logistics of the Russian Navy will implement the Sudanese side, and Russian - will ensure the protection of borders of water area of the item of the Navy, its air defense, and internal security and maintain law and order on the base.

By creating a naval base in Sudan, Russia will strengthen its presence in Africa and expand the fleet's operational capabilities, retired Admiral Viktor Kravchenko, former chief of the General staff of the Russian Navy, told Interfax last week.

"In fact, Russia will have a base on the Red sea. This is a tense region. The Russian naval presence there is necessary. Of course, the operational capabilities of our fleet will increase, " he said.

"Our ships will be able to enter the base in Sudan, and, if necessary, be repaired and refueled. Our ships are constantly located in this region and we need a base there, " Kravchenko said.

In particular, according to the Admiral, the logistics point in Sudan will be important for Russian warships that perform anti-piracy missions and are involved in protecting convoys.

"In the future, the logistics point in Sudan can become a full-fledged naval base," Kravchenko said.

Russia currently has a naval base abroad in the Syrian port of Tartus.

On September 30, Russian defense Minister Sergei Shoigu said that the naval base in Tartus is capable of receiving dozens of warships.

"Another Russian military base in the SAR, located in Tartus, has the status of a logistics point of the Russian Navy. It is a closed water area with the latest berths, which allows you to place dozens of ships. All ship Parking lots are equipped with life support systems, unloading platforms, and a repair complex for servicing and minor repairs of ships and vessels, " the Russian defense Minister said at the time.

According to the Russian defense Ministry's website, in October, between 60 and 100 Russian warships, submarines and support vessels performed tasks at sea.

The rights to this material belong to Интерфакс-АВН
The material is placed by the copyright holder in the public domain
Страны
Россия
Сирия
Судан
Компании
Минoбороны РФ
Персоны
Путин Владимир
Шойгу Сергей
Проекты
Ядерный щит
ЯЭУ
Do you want to leave a comment? Register and/or Log in
Log in via Facebook
The head of the Russian Academy of Sciences announced the loss of space by Russia
Яд - это не современно, теперь убивают из космоса
«Суперджет», убийца гражданской авиации
The Israeli defense industry is going to take a leading position in the world
F-35 found in Russia
СМИ рассказали об убийстве иранского ученого израильским оружием
The first BMPT "Terminator" entered testing in the tank division in the Urals
Chubais: hydrogen export can become a global Russian-European project
Named the most mysterious submarines in the world
Недостатки стратегии модернизации европейского военного авиапарка
Курс на Восточный: начинается отправка стартового стола для «Ангары»
"Don't be afraid of death": China is preparing for war
The developer spoke about the ability of the Container radar to detect " stealth"
The US is blocking Russia's road to deep space
Финансовая грамотность «оборонки»
other topics discussed
2006-2020 © ВПК.name. All rights reserved.
When reprinting, link to ВПК.name required.
User agreement.
№ 21-PP in the register of information distributors.