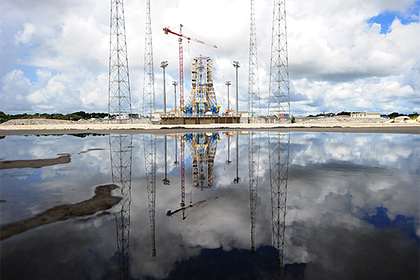 At the end of December, the Russian Soyuz-ST-A rocket will deliver the CSO-2 military satellite to orbit from the Kourou cosmodrome in French Guiana for the benefit of France, a NATO member. This is reported by RIA Novosti , citing a source in the rocket and space industry.

According to the Agency's interlocutor, the launch of the rocket with the optical-electronic reconnaissance spacecraft is scheduled for December 28.

Initially, the launch of the carrier with the satellite was scheduled for April, but was postponed due to problems with the Fregat-MT upper stage and the closure of the Kourou cosmodrome due to coronavirus.

In June 2018, the Agency, citing a source in the European space industry, reported that Europe by 2023 allows the rejection of commercial launches of the Russian Soyuz-ST launch vehicle from the Equatorial Kourou cosmodrome in favor of its own Ariane 6 rocket being developed in a version with two side boosters.