Roscosmos promised to deploy an "analog" of Starlink by 2030 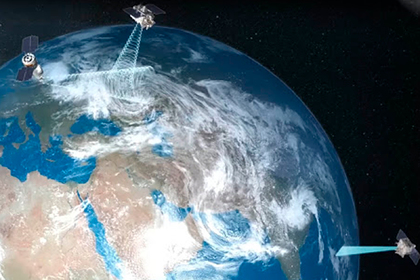 By 2030, Roscosmos will launch about 600 satellites of the Sphere system, which is "analogous" to the Western projects Starlink and OneWeb, [...] the official magazine of the Russian space Corporation promises.

The publication claims that the Sphere's ideology is "stronger" than that of Starlink and OneWeb, since The latter "are aimed exclusively at solving communication problems and transmitting large amounts of information."

"But it is obvious that in some cases, the consumer does not need expensive broadband Internet — it is enough for him to get data from the electricity or gas meter in a country house or send a signal about the need for urgent assistance," the publication says.

It also reports that the Sphere's user terminals will be more compact and cheaper than those of Starlink.

In February, Sergey Prokhorov, Director of the Department of advanced programs and the Sphere project at Roscosmos , said that the creation of the Russian multifunctional satellite system Sphere would require extra-budgetary investments of more than 350 billion rubles. According to him, the relevant investors have already been found.

In April 2019, a representative of Roscosmos said that the creation of the "Sphere" will require almost 534 billion rubles.

In June 2018 , it was reported that the project of the global satellite system "Sphere", involving the deployment of about 600 satellites, is a modified version of the previously announced "Roscosmos" project of the communication system "Ether".

In may 2018, Roscosmos announced the project "Ether", designed to compete with similar Western systems OneWeb and Starlink. At the same time , Yevgeny Nesterov, Deputy General Director for strategic development and innovation of Russian space systems , noted that the program, which provides for the deployment of a group of 288 satellites with an orbit height of 870 kilometers by 2025, will require investments of 300 billion rubles.

The rights to this material belong to Lenta.ru
The material is placed by the copyright holder in the public domain
Страны
Россия
Компании
Роскосмос
Проекты
ИТ
Do you want to leave a comment? Register and/or Log in
Log in via Facebook
Шойгу счел необходимым построить в России еще несколько крупных городов
In the USA, they were surprised by the size of the Su-75
Россия получит авиационное преимущество над ЕС и США
Ukraine has upgraded the commander's tank
The Ministry of Defense of the Russian Federation is preparing to adopt a new "Shell" and a fighter drone "Derivation"
Russia has collected archival information about the service and life of all generals from 1917 to 2020
Так ли все плохо с Тихоокеанским флотом
How to return the US fear of Russian Naval aviation
«Концепция сетецентрической войны родилась в СССР, а развитие получила в США"
French special forces are preparing to fly on "jet skates"
США оставили биологическое оружие Талибану
The Permanent Representative of the Russian Federation to international organizations in Vienna Ulyanov called the refusal of AUKUS to provide data on the union abnormal
The United States admitted that they dropped the fuel tank from the F-16 aircraft on a Japanese village due to an emergency situation
«Бастион» для «Циркона». Куда приземлят гиперзвуковую ракету
Доездился: Илону Маску грозит финансовый крах
other topics discussed
2006-2021 © ВПК.name. All rights reserved.
When reprinting, link to ВПК.name required.
User agreement.
№ 21-PP in the register of information distributors.
18+
Website hosting: TimeWeb.