Ukraine has asked for missiles with a range of 800 km. What can the West convey to her 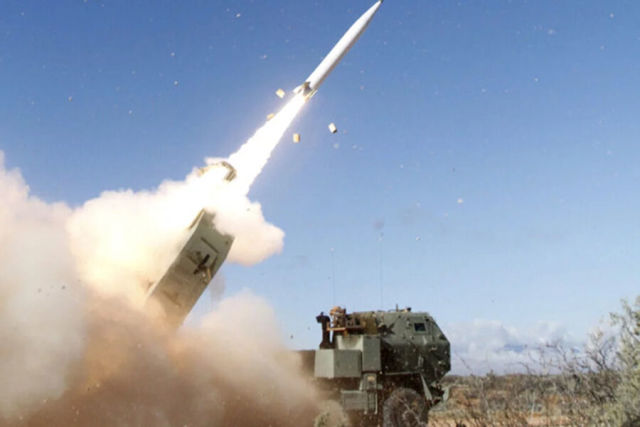 The head of the NSDC Danilov asked Western countries for missiles with a flight range of more than 800 km Secretary of the National Security and Defense Council of Ukraine Oleksiy Danilov wrote on Twitter that it is not generators and transformers that will help solve the energy crisis in the country, but missiles with a range of 800 km and above.

"Newspaper.Ru" tells what long-range missiles the West has and to which Russian regions they hypothetically can reach in case of deployment in Ukraine.

Ukraine needs missiles with a range of 800 kilometers and above. The secretary of the National Security and Defense Council (NSDC) of the country Alexey Danilov wrote about this on Twitter.

"The best and most effective solution to the energy problem for Ukraine are missiles with a range of 800 km or more, which will significantly save on generators," Danilov said.

In the previous days, several Western countries reported at once that generators and transformers would be supplied to Kiev to combat the shortage of electricity that arose after the strikes of the Russian armed forces on infrastructure facilities. In particular, Swedish Foreign Minister Tobias Billstrom announced the imminent delivery of these goods for almost $ 10 million.

According to official data, the United States and Europe do not supply missiles with a flight range of more than 150-180 km to Ukraine. Kiev has repeatedly requested ATACMS missiles from Washington with a range of up to 300 km, they can be launched from the HIMARS multiple launch rocket systems already available in the APU. However, President Joe Biden ruled out the transfer of these missiles to Ukraine back in May. In the summer, this idea was repeated by the assistant to the head of state for national Security, Jake Sullivan, saying that the use of ATACMS by Ukraine against Russian territories could lead to World War III.

The official representative of the Russian Foreign Ministry, Maria Zakharova, said that in the event of the transfer of longer-range missiles to Kiev, the United States would "cross the red line" and actually turn into one of the parties to the conflict. In this case, according to Zakharova, Moscow will defend its territory by any available means.

What kind of missiles do the US and the EU have

800 kilometers is considered a short range for ballistic missiles. A significant number of such shells have been destroyed since 1987 under the Treaty on the Elimination of Intermediate-Range and Shorter-Range Missiles (INF) between Russia and the United States. In particular, we are talking about American Pershing-1A missiles with a range of up to 740 km. However, since 2019, the INF Treaty has actually ceased to operate, independent military experts in both Russia and the West reported that after that both sides could increase the production of such projectiles (with a range of 500 to 1000 km).

If we talk about a flight range of up to 800 km, then the United States, in addition to ATACMS, has a new supersonic PrSM missile developed by Lockheed Martin. It was developed specifically to "fit in" with the INF Treaty - its official maximum flight range is 499 km. However, it has not yet entered service with the US Army.

Another American Typhon complex allows shooting at 550 km, and in the future - up to 1000 km, depending on the type of ammunition. European countries have practically no missiles of their own development with a firing range exceeding 250-300 km. American medium-range missiles deployed on the territory of the EU countries are, as a rule, stationary based.

If we talk about medium-range ballistic missiles (1000-5000 km), then there is a hypersonic Dark Eagle complex with a flight range of up to 2775 km. In addition, Russian and foreign experts are confident that a sufficient number of illiquidated Pershing II missiles with a range of up to 1800 km remain in American warehouses.

As far as you can reach

If Kiev supplies missiles with a range of up to 800 km, then taking into account the current positions of the Armed Forces of Ukraine in the eastern direction in the Donbas, several Russian regions will be in the affected area at once. In addition to the regions bordering Ukraine (Voronezh, Kursk, Bryansk regions, as well as Kuban, Stavropol), shorter-range missiles can reach the cities of the Middle and Lower Volga region. Including - to Astrakhan, Volgograd, Saratov. The North Caucasian republics, including Ingushetia, Kabardino-Balkaria, and North Ossetia, are also within the radius of action.

If we assume that the United States will supply the Ukrainian army with missiles with a range of 1,000 km or more, then theoretically they can reach Chechnya and Dagestan from the eastern borders of the contact line in the Donbass. Samara, Tolyatti, Saransk, Penza will enter the zone of action.

If missiles with a range of 800-1000 km are deployed in the northern regions of Ukraine (for example, in the Sumy region), Moscow, Ryazan, Nizhny Novgorod, Ivanovo, Vladimir, Tver, Vologda, Veliky Novgorod and Tver could theoretically be in the affected area.