The reservation is valid: The Ministry of Defense of the Russian Federation explained which specialists are not being mobilized

Not only defense industry workers will receive a postponementOn Friday, September 23, the Russian Defense Ministry told the employees of which enterprises can be exempted from the draft for partial mobilization.

The military lawyer explained what their employees should do if they still receive a summons. On the same day, in the zone of a special military operation, units of foreign mercenaries were attacked in the areas of Slavyansk and Lake DNR, as a result of which more than a hundred militants were killed. In addition, Russian aviation shot down a MiG-29 fighter and two Su-25 attack aircraft of the Ukrainian Air Force.

On September 23, the Russian Defense Ministry announced the decision not to mobilize citizens employed in certain high-tech industries and in providing the financial system. According to the explanations of the military department, people with higher education working in organizations related to information technology and information infrastructure provision, telecom operators, data processing centers and other similar structures are not involved in the service. 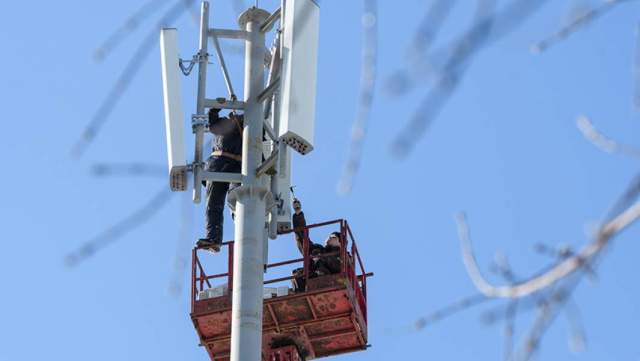 Another category is employees of organizations that depend on the stability of the national financial market infrastructure, bank liquidity management, and cash circulation. In addition, these are people employed in system-forming organizations involved in the production or distribution of mass media products.

The basis for exemption from mobilization, according to the Ministry of Defense, will be considered lists "submitted by the heads of relevant organizations in the prescribed form to the General Staff of the Armed Forces of the Russian Federation."

— This is a fairly timely and important decision, — Oleg Zherdev, founder of the Association of Lawyers of Law Enforcement Agencies "Guardia", told Izvestia. — I agree that IT specialists should be excluded from mobilization, because this area is responsible for the development of a certain segment of the economy. The same applies to telecom operators — there is a lot of hard, men's work on the street: communication lines, networks, receiving and transmitting equipment. Men's hands are really needed there, and with a certain qualification. We all use cellular communication services now, and there will be problems without the work of these specialists. As for the media, now the war is going on in different environments: in the air, on the ground, at sea, in space and in the information environment. And it is impossible to take people away from the media now, because they cover events, create a certain background and play an important role.

The lawyer added that employees of enterprises that are not subject to mobilization should contact their employers.

— Booking requests are provided by the employer, — Oleg Zherdev explained. — If a person works in a certain field, then the employer must explain to the military enlistment office that a particular specialist falls under the innovations and asks to exclude him from the mobilization task, from the lists. To make a person feel more confident, you need to initiate this appeal: write an application to the employer, inform him in which military enlistment office he is registered. And this is the task of the personnel body — to organize interaction with the military commissariat so that employees are not mobilized.

If a specialist who does not fall under the mobilization receives a summons, he must immediately inform the employer about it, and notify the military enlistment office about his place of work, Zherdev noted.

— If we proceed from the interests of a particular person, I would still recommend that a person not go to the military enlistment office on their own, but ask the employer's representatives to come there, - the lawyer added. — In order for a person not to be taken away, a representative of the employer must come there and bring a package of documents for signature. And to get a decision from the military enlistment office that this employee is not involved in military service.

On September 23, the Russian Aerospace Forces, missile troops and artillery continued to deliver massive strikes on the units and reserves of the VFU, as well as on military infrastructure facilities in the area of the SVO.

— As a result of a high-precision strike of the Russian Aerospace Forces on units of the 81st Airmobile Brigade near the city of Kramatorsk, Donetsk People's Republic, more than 220 Ukrainian servicemen were destroyed, - said the official representative of the Russian Defense Ministry, Lieutenant General Igor Konashenkov.


In the districts of Slavyansk and Ozernoye in the DPR, fire damage was inflicted on units of foreign mercenaries. As a result, more than a hundred militants were killed.

High-precision weapons of the Russian Aerospace Forces struck the positions of the tactical group "Chaika", as well as the temporary locations of the national battalions "Skif", "Dnepr" and "Cheetah". More than 190 militants and 12 units of military equipment have been eliminated.

Operational-tactical, army aviation, rocket troops and artillery hit the temporary deployment points of the 59th Motorized Infantry and 63rd mechanized brigades during the day. The losses amounted to more than 130 servicemen, Konashenkov said. 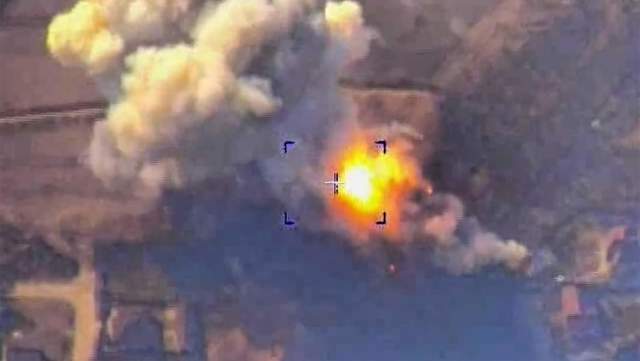 Image Source: Photo: TASS/Press Service of the Ministry of Defense of the Russian Federation

In addition, four control points were broken up, including the 14th mechanized brigade of the VFU, the 9th regiment of the National Guard, as well as command and observation posts of the 2nd and 3rd battalions of the 65th mechanized brigade. 74 artillery units, 142 troop concentration areas, three ammunition depots and rocket and artillery weapons, as well as the Buk-M1 anti-aircraft missile system were destroyed, the ministry said.


Russian aviation shot down a MiG-29 fighter of the Ukrainian Air Force in the Novoselovka area of the Mykolaiv region, as well as two Su-25s in the areas of the settlements of Veseloye, Kherson region and Kamyshevka in the DPR, the Defense Ministry reported.

According to the ministry, the Russian air defense forces destroyed 19 unmanned aerial vehicles and 42 rockets of the American HIMARS and Alder multiple launch rocket systems in the areas of the settlements of Plodovoye and Novaya Kakhovka in the Kherson region during the day.

The Ministry of Defense told about the servicemen who showed courage and dedication.

Since the beginning of the SVO, the department of Sergeant Vladimir Kostin has promptly restored and returned to service more than 30 units of special military equipment. During the crossing of the water barrier, Vladimir dismantled and replaced the damaged bridge assembly under continuous enemy fire, which allowed motorized rifle units to overcome it. "Thanks to the selfless actions of Vladimir Kostin, it was possible to prevent losses from artillery fire, and the units were promptly relocated to pre—prepared defensive positions," the Defense Ministry said.

The calculation of private Andrey Nikiforov performed combat missions for artillery support of Russian units. With well-aimed fire, he destroyed four firing points and thwarted the enemy's offensive. After regrouping the main forces, the unit moved

"The confident and professional actions of Private Nikiforov allowed not only to repel the enemy's attack, throwing him back to his original lines, but also to save the life and health of the defending units," the military department said. 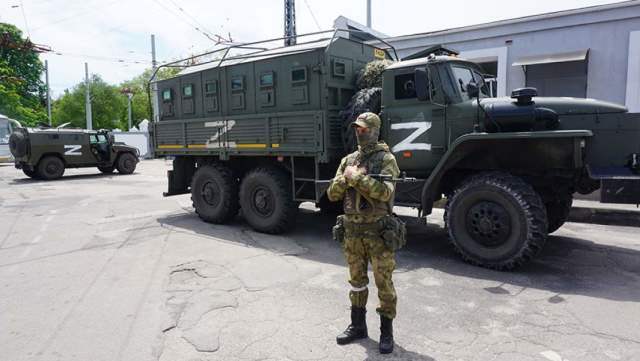 Sergeant Vladimir Boys, as part of the gun crew, supported the defending units for several days under continuous fire, destroying nine pieces of equipment. Thanks to the skill and training of Sergeant Malchikov, our servicemen managed to push back the enemy and avoid losses among the personnel, the department said. When the fire stopped, the Allied forces moved to pre-prepared positions.


The unit of Sergeant Dmitry Topchiev was preparing defensive lines when he received an urgent instruction. After that, he and his subordinates began mining the approaches to the positions of the amphibious assault company under continuous shelling. On the approach to the positions, the military equipment of the VFU was blown up on a mine barrier installed by the sergeant. Having repulsed the attack, the unit moved to pre-prepared positions.