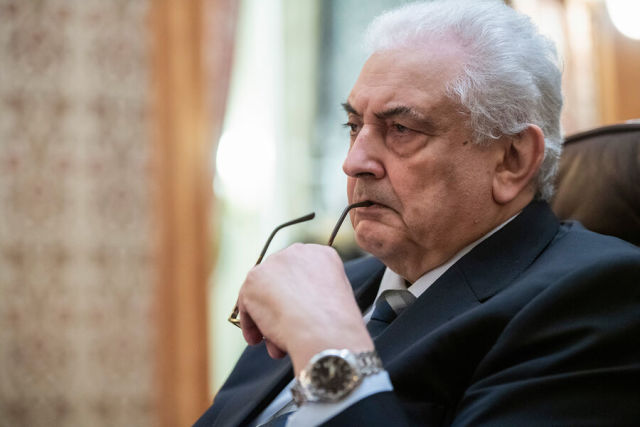 He also considers unacceptable the fact that in Germany they blame Moscow "for all mortal sins" - a sharp increase in utility bills, inflation and a decrease in the real incomes of citizens of the country, since all these are the consequences of anti-Russian sanctions.

"This is the way to nowhere"

According to Sergei Nechaev, the very fact of supplying Ukraine with lethal weapons, which are manufactured in Germany and "used not only against Russian servicemen, but also against the civilian population of Donbass, is a "red line" that the German authorities should not have crossed." He believes that in this context it is also necessary to take into account the "moral and historical responsibility" of Germany to the Russian people "for the crimes of Nazism during the Great Patriotic War."

"Nevertheless, the Rubicon has been crossed. Pumping Kiev with weapons, as required by the Anglo-Saxon NATO allies from Germany, is a path to nowhere, only prolonging the conflict and increasing casualties. Many people in Germany are aware of this," Nechaev said in an interview with Izvestia.

According to him, the German authorities unilaterally decided to "collapse the mutually beneficial bilateral relations, unique in their scale and intensity," between Berlin and Moscow, which were built "on a partnership basis in recent decades."

"In fact, the process of post-war reconciliation of our countries and peoples is being eroded. Individual voices appealing to reason are heard here, we hear them, but they do not make the weather. Berlin remains one of the initiators of the sanctions pressure on our country. In such circumstances, to talk about the mediating role of Germany (in the negotiation process of Russia and Ukraine - "Gazeta.Ru") is hardly advisable, and Berlin's initiatives in this regard have not been observed recently," the ambassador noted.

"We are far from gloating"

Nechaev stressed that Germany's rhetoric "has an aggressive anti-Russian character" and "is based on Moscow's accusations of all mortal sins." He is also sure that it is "pointless" to look for a "Russian trace" or "the Kremlin's hand" in organizing demonstrations during which German citizens demanded to lift anti-Russian sanctions, stop arms supplies to Kiev and launch Nord Stream 2.

"Such sentiments are associated with a sharp increase in utility bills, inflation, and a decrease in real incomes in the context of the sanctions war unleashed by the West against Russia, which is increasingly being qualified here as a "shot in the foot." The consequences of sanctions are felt by ordinary people. Many disagree. And, of course, these are not only and not so much representatives of the Russian-speaking diaspora," the diplomat added.

He noted that all the measures taken by the German authorities in the context of the energy crisis are "a forced response of the government to the results of the short-sighted economic and energy policy of the collective West, which has staked on the "strangulation" of Russia."

"Attempts to shift responsibility for what is happening to Moscow are not convincing. This is clear already now. The decline in real incomes, the regime of maximum savings, the rejection of the usual standard of living, the closure of production facilities cannot but cause natural concern. We are far from gloating about this. We don't want to speculate about the growth of protest sentiments," the ambassador stressed.

Nechaev said, citing data from German experts, that Germany "is unlikely to be able to completely abandon Russian gas in the short term."

"Hopes for the rapid replacement of Russian energy carriers by LNG from third countries are not justified. Germany does not have the necessary capacity to receive LNG, and the five terminals planned for construction will not completely solve the problem. Not to mention the absence of firm agreements on future supplies," the diplomat explained.

According to him, trying to abolish the laws of the market by introducing artificial restrictions on the cost of oil and gas, Western politicians are acting "contrary to logic." Since producers selling gas on the spot market send it to where they will pay more for it.

The Ambassador stressed that Germany's problems with gas are not related to Russia. He recalled the words of Russian President Vladimir Putin at the Eastern Economic Forum that Russia is ready to launch Nord Stream 2 "even tomorrow."

"Everything depends on the German side. The pipeline is built. This is a multilateral economic project, a lot of money has been invested in it. It is ready for operation, filled with gas, meets the requirements, appropriate technical checks have been carried out. To launch, only the political will of the German leadership is needed. However, so far, the political decisions imposed on Berlin have priority over pragmatism," Nechaev concluded.

On the eve it became known that the leading politicians of the ruling coalition in Germany advocated further military support for Ukraine. According to the chairman of the Bundestag Defense Committee, Marie-Agnes Strack-Zimmerman (FDP), Germany should immediately contribute to Ukraine's success and transfer protected vehicles and infantry fighting vehicles Marder, as well as Leopard 2 battle tanks to Kiev.

In her opinion, this demonstrates that "it is necessary to maintain support at the expense of (supplies - "Newspaper.Ru") of armaments over the next few months."