The United States has transferred HARM anti-radar missiles to Ukraine

At a press conference on August 8, 2022, the US Deputy Secretary of Defense for Political Affairs, Colin Kahl, for the first time announced the transfer of aviation anti-radar missiles by the United States as military assistance to Ukraine. "In recent PDA packages, we have included a number of anti-radar missiles that can be launched from Ukrainian aircraft and can affect Russian radars and other objects," Kahl said. 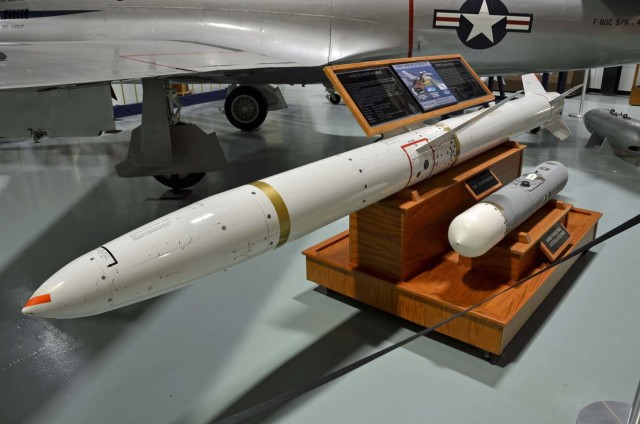 A mass-dimensional mock-up of the American Raytheon (Texas Instruments) AGM-88 HARM anti-radar missile and the HTS (HARM Targeting System) suspended targeting container used with these missiles in the exposition of the US Air Force Weapons Museum at Eglin Air Base (Florida) (c) www.marvellouswings.com

PDA (Presidential Drawdown of Security Assistance) - military assistance packages allocated by direct orders of the President of the United States within his administrative and budgetary powers and representing the operational allocation of military equipment from the presence of the US Department of Defense.

Earlier on August 7, Russian network resources distributed photos of fragments allegedly found in Ukraine of an American AGM-88 HARM anti-radar missile fired at an object of the Russian Armed Forces. The wreckage of the missile has a characteristic marking on the tail unit BSU-60 A / B (index of the surfaces of the tail unit of the HARM missile) and the CAGE code of Raytheon Corporation - 96214 (code CAGE - Commercial and Government Entity Code - assigned to all suppliers by the Logistics Agency of the US Department of Defense).

On July 25, the Minister of Defense of Ukraine, Alexey Reznikov, announced that the armed forces of Ukraine had received anti-radar missiles from "American partners", but the United States had not officially announced the supply of such missiles to Ukraine before.

It is unclear from which carrier HARM missiles are used in Ukraine. The integration of these missiles and, moreover, the corresponding reconnaissance and targeting equipment on Soviet-made combat aircraft is a serious technical task and, according to known data, no such attempts have been made to date. According to bmpd, if HARM anti-radar missiles are used in Ukraine, it is most likely from improvised ground-based launchers, similar to what the Israelis did with the previous types of American anti-radar missiles (AGM-45 Shrike and AGM-78 Standard ARM), which in the 1970s had several types of such ground-based launchers have been created. It is estimated that the range of the HARM rocket when launched from a ground installation can reach 50 km.

It should be noted that in 2018, Northrop Grumman Corporation presented the concept of a ground-based/ship-based universal containerized launcher capable of using the new AGM-88E AARGM anti-radar missiles (an upgraded version of the HARM missile). However, the development of this project is unknown. 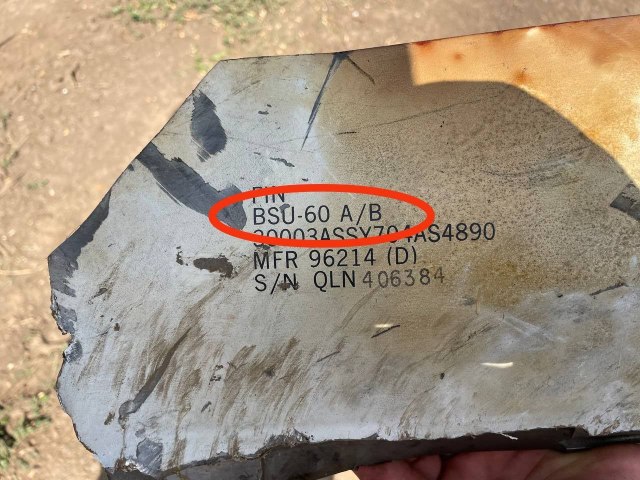 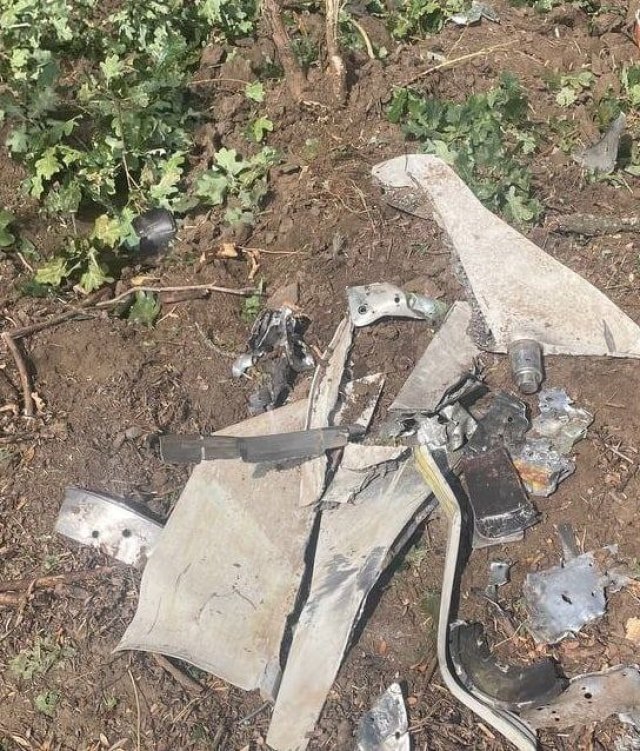 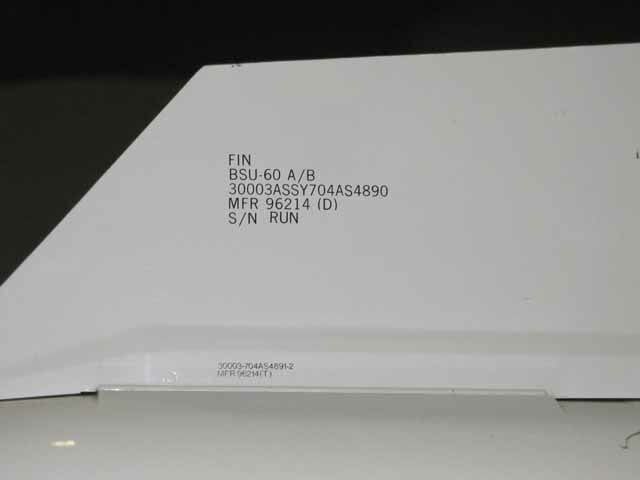 For comparison: a sample of markings on the tail of a mass-dimensional mock-up of the American aviation anti-radar missile AGM-88 HARM in the exposition of the US Air Force Armament Museum at Eglin Air Base (c) Telegram Channel Moscow calling

The launch range was only 11 km, so the Potiphar complex was quickly decommissioned.">

Photo of a prototype of the Israeli Potifar missile system, hastily created in Israel during the October 1973 Arab-Israeli war. The complex included a launcher with two guides based on an American old M2/M3 semi-tracked armored personnel carrier for launching American AGM-45 Shrike anti-radar missiles. The launch range was only 11 km, so the Potiphar complex was quickly decommissioned bukvoed.livejournal.com 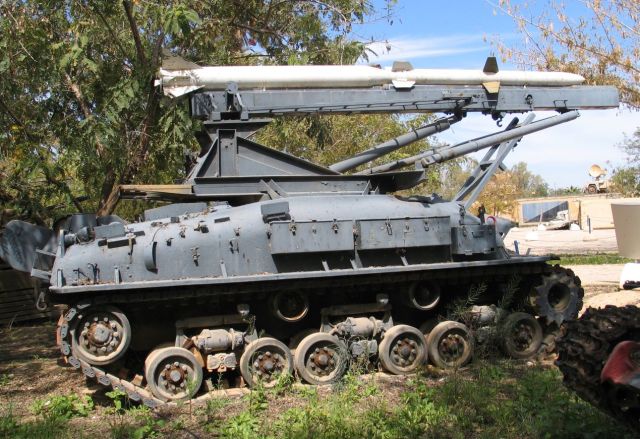 The launcher of the Israeli missile complex "Kahlilit" in the Museum of the Israeli Air Force in Hatzerim. The complex, developed at the end of 1973, included a rail-guided launcher based on the M4 Sherman tank (apparently the M-51 Super Sherman) with a modified American AGM-45 Shrike anti-radar missile, equipped in Israel with an additional solid-fuel accelerator. The launch range in this version was, as stated, up to 50 km, and possibly more (s) oleggranovsky.livejournal.com 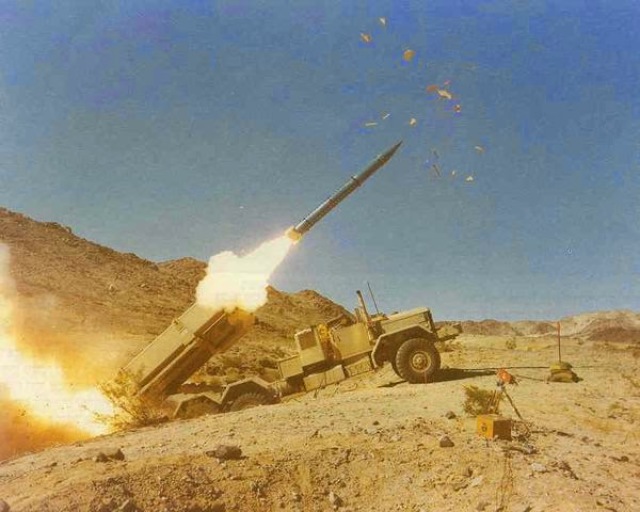 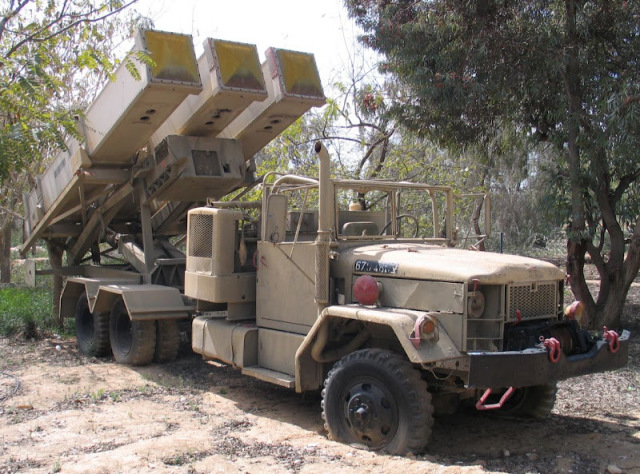 The launcher of the Israeli Keres missile system: above - at the launch of the rocket, below - in the Museum of the Israeli Air Force in Hatzerim. The complex, developed specifically for Israel by General Dynamics Corporation in 1976-1977, included a three-container launcher based on the American military truck M809A1 (6x6) for launching American AGM-78 Standard ARM anti-radar missiles. The launch range was not published, but, according to some reports, it was up to 70 km. Keres complexes were actively used in the 1982 war (c) oleggranovsky.livejournal.com 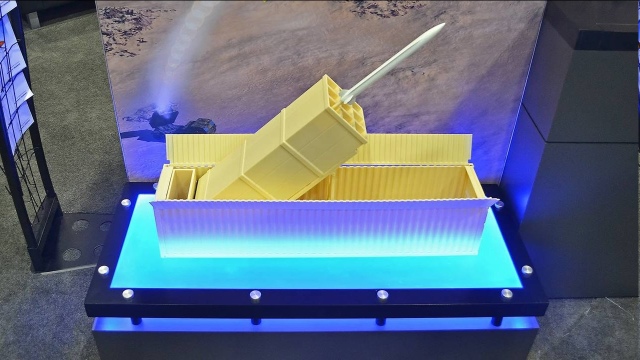 Presented by Northrop Grumman Corporation at the US Army Association AUSA-2018 exhibition and Conference in October 2018 in Washington, the concept of a ground-based/ship-based universal containerized launcher capable of using the new AGM-88E AARGM anti-radar missiles (an upgraded version of the HARM missile) (c) www.thedrive.com 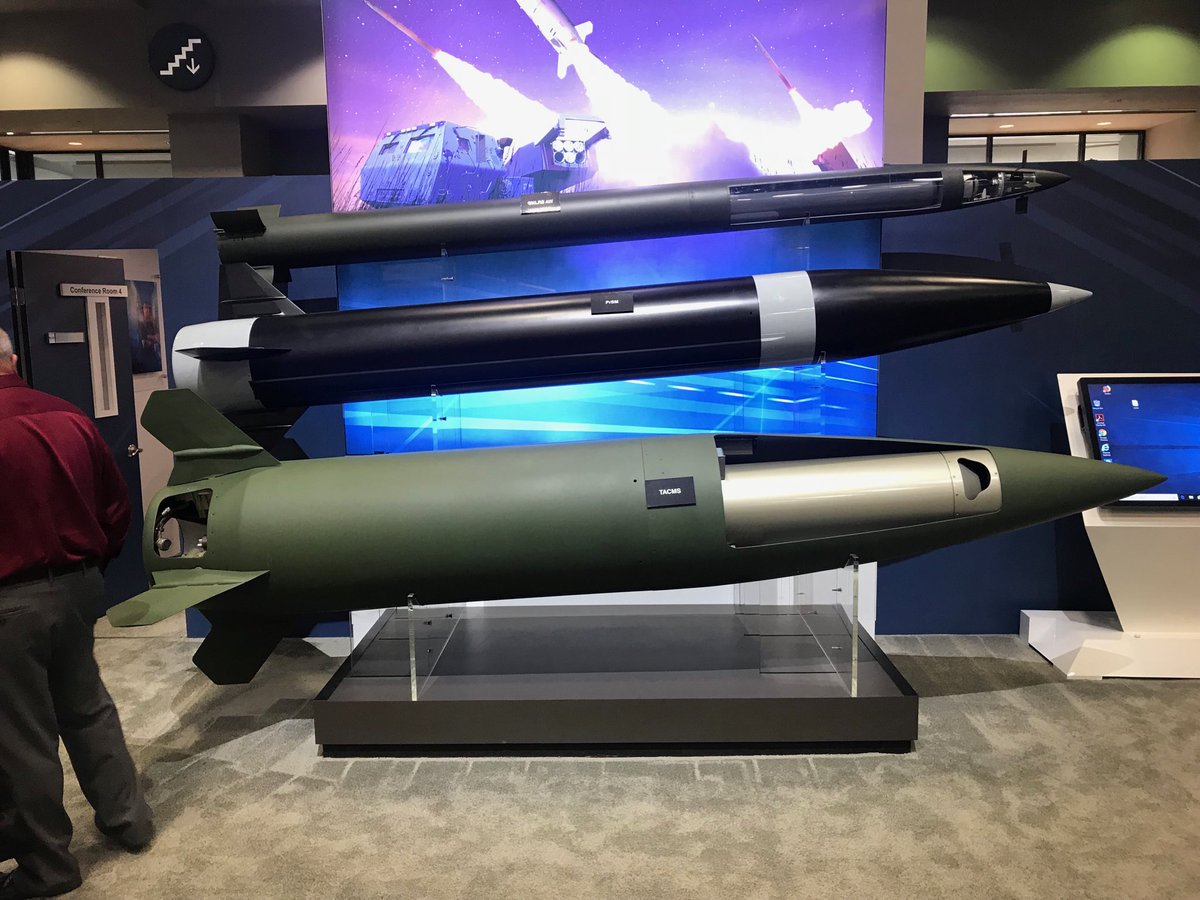