Ex-Deputy Minister of Defense of Poland: Kaliningrad needs to be demilitarized 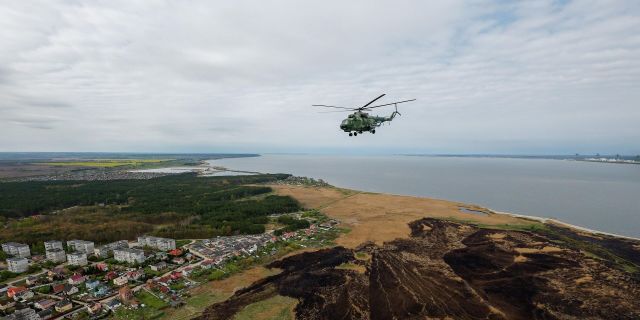 Former Deputy Minister of Defense of Poland: Kaliningrad will need to be demilitarized

The ex-Deputy Minister of Defense of Poland claims that in case of NATO expansion it will be necessary to rename and demilitarize Kaliningrad. In an interview with Do Rzeczy, Romuald Sheremetyev states that NATO will soon "bark at St. Petersburg," and Russia will disintegrate.

"If Finland and Sweden join NATO, the Kaliningrad Region will have to be demilitarized," says Professor Romuald Sheremetyev, ex—deputy Defense Minister.

Do Rzeczy: Finland has officially announced that it wants to join NATO. How will this change the situation with Polish and European security?

Romuald Sheremetyev: If Sweden joins NATO, then the security of the entire eastern flank will be extremely enhanced, because both the Finns and the Swedes have quite decent armies. Moreover, in this scenario, the Baltic will become the NATO sea. And there will be a significant problem of the so-called Kaliningrad.

— It is probably necessary to ensure that, first of all, Kaliningrad ceases to be named after the criminal Kalinin, who is involved in the crimes in Katyn. Secondly, it is necessary to demilitarize this area, because it is impossible for NATO to sit on a powder keg inserted between its legs. This is perhaps understandable.

Also, after Finland and Sweden join NATO, new tasks will be set, but at the same time Poland will have a much stronger position on the eastern flank than before. To paraphrase a recent statement by Pope Francis, NATO is already barking near St. Petersburg.

— What could be Moscow's response to NATO expansion?

— There will be a howl, as usual. Well, they will scare with nuclear weapons, because the Russians can no longer scare with anything else.

— At what stage of the Russian invasion are we at? Some expected some kind of major offensive in the Donbas, but nothing like this happened.

"I told you there would be no great battle there. The Russians will try to move forward, sometimes by a kilometer a day, and the Ukrainians will consistently maintain their defense system, which they used before.

— What is the evidence of the fact that during the speech delivered on Victory Day, Vladimir Putin did not announce a new mobilization?

— I was surprised by this speech, but it seems that Putin has no idea what to do with what he has grown on Ukrainian territory. Although, of course, there are opinions of different people analyzing the situation who are wondering what Putin meant and what misfortunes may befall us because of this.

— How will this war end?

— Unknown. Moscow has no good way out. Perhaps everything will depend on whether and to what extent Ukrainians will win, which is likely at the moment, and how this will affect the internal situation in Russia. Some Russian oppositionists say that Putin's actions are dragging Russia towards death and disintegration. Since today's Russia is much weaker than the Soviet Union, and Putin is still not a leader of the same class as, excuse me, the criminal Stalin, I expect that the collapse of Russia will happen faster than can be expected.