In Belarus, they announced the aggravation of the situation at the borders of the country 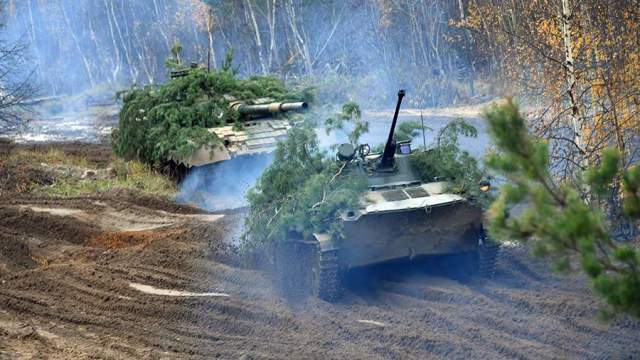 The situation at the western and southern borders of Belarus is heating up. Minsk is forced to plan retaliatory measures. On Monday, November 29, the head of the Ministry of Defense of Belarus Viktor Khrenin told reporters after a meeting on military security.

"We see how groups of troops are being created around our state borders both in the western and southern directions. Neighboring countries are actively militarizing, and this cannot but worry us, so we are forced to plan retaliatory measures," Khrenin said.

In addition, Khrenin noted that NATO countries are increasing the potential of the armed forces near the borders of Belarus: they are deploying military formations, purchasing modern weapons.

Earlier in the day, Khrenin also said that Belarus will hold new military exercises with the participation of Russia. They will be aimed at working out the protection of the southern borders of the country. At the same time, the head of the Belarusian Defense Ministry noted that Moscow and Minsk do not plan to conduct large-scale exercises like the "West".

On November 25, the State Secretary of the Security Council of Belarus, Alexander Volfovich, said that in the context of NATO's capacity-building near the borders of Belarus, it is important to maintain the combat readiness of the Belarusian army and strengthen the regional grouping of troops with Russia.

On November 18, the Ministry of Defense of Belarus recorded an increase in the intensity of flights of reconnaissance and combat aircraft of NATO countries near the border of the republic. In addition, it was noted that the total number of alliance aviation flights has almost doubled recently.

On October 28, President of Belarus Alexander Lukashenko said that Moscow and Minsk would act harshly because of militarization along the western borders of the Union State.