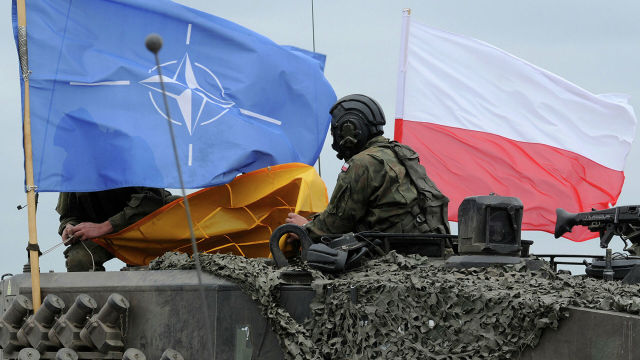 MOSCOW, 6 Sep-RIA Novosti. The Polish edition of Tygodnik TVP published an article about the Belarusian-Russian strategic exercises "West-2021" and stated the need to speak with Moscow "in the language of force".

The author of the material, journalist and publisher Petar Petrovich described the maneuvers as"alarming".

"The Russians are trying to make the countries of our region feel threatened, and the North Atlantic Alliance has reduced activity on its eastern flank. < ... > NATO should increase its activity in this region, " he concludes.

The practical phase of the Zapad-2021 exercise will be held from September 10 to 16 at nine training grounds in Russia and five in Belarus. They will involve about 200 thousand people, more than 80 aircraft and helicopters, as well as about 760 units of military equipment, including 15 ships. Among other things, about two thousand servicemen from the CSTO and SCO countries, as well as other friendly states, participate in the maneuvers.

During the upcoming exercises, actions aimed at ensuring the security of the Union State will be practiced. As Belarusian leader Alexander Lukashenko noted last week, Moscow and Minsk intend to " see how well the armed forces are coordinated." The president also expressed bewilderment because of the concern in the West caused by the maneuvers, and Russia has repeatedly stressed that they do not pose a threat to third countries.

Read the full text of the article on the InoSMI website >>>>>

The rights to this material belong to РИА Новости
The material is placed by the copyright holder in the public domain
Страны
Белоруссия
Польша
Россия
Компании
ОДКБ
Проекты
NATO
Военные учения
ШОС
Do you want to leave a comment? Register and/or Log in
Log in via Facebook
The Permanent Representative of the Russian Federation to international organizations in Vienna Ulyanov called the refusal of AUKUS to provide data on the union abnormal
The United States agrees with Stoltenberg on the inadmissibility of Russia's influence in the issue of NATO expansion
In the USA, it was proposed to ban "Solntsepeki" and "Pinocchio"
Putin signed the law on the powers of Roscosmos in the field of infrastructure construction
Korean aircraft carrier "won back" funding
Конфликты: Йемен - "забытая" война
The National Interest (США): российский танк Т-80 — это не шутка
In the USA, they were surprised by the size of the Su-75
Russia will offer India the technology of the Octopus tank
Шойгу счел необходимым построить в России еще несколько крупных городов
The State Duma appreciated the idea of banning the sale of grenades after the shooting at the MFC in Moscow
British military demanded $1.1 million for stuttering after Estonian frosts
Sasapost (Египет): американцы создают самый мощный лазер в истории. Что это значит?
Tank killer: the work of the PTKM-1R anti-roof mine was shown on video
Корпорация "Иркут" до конца 2018 года поставит ВКС РФ более 30 истребителей Су-30СМ
other topics discussed
2006-2021 © ВПК.name. All rights reserved.
When reprinting, link to ВПК.name required.
User agreement.
№ 21-PP in the register of information distributors.
18+
Website hosting: TimeWeb.