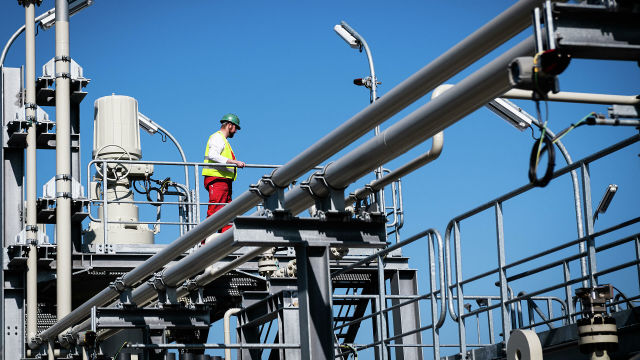 MOSCOW, September 5/ Radio Sputnik. The Nord Stream-2 gas pipeline is a contribution to ensuring the energy security of Europe, said Dmitry Peskov, the press secretary of the President of the Russian Federation.

Earlier, Ukraine and the United States adopted a joint statement in which the named pipeline is considered as a threat to the energy security of the continent.

"(President of Ukraine Vladimir) Zelensky says that the Nord Stream-2 is a terrible threat to the security of Europe. This is nonsense. This, on the contrary, is a contribution to ensuring the energy security of Europe, " RIA Novosti quotes Peskov as saying.

Nord Stream-2 is a gas pipeline with a length of more than 1,200 kilometers, which runs between Russia and Germany along the bottom of the Baltic Sea. The construction is planned to be completed in the coming months.

The pipeline passes through the exclusive economic zones and territorial waters of Germany, Denmark, Finland, Sweden and Russia. It is planned that it will be able to transport 55 billion cubic meters of gas per year.

At the end of August, Gazprom reported that the commissioning of the first line of the gas pipeline was already at the final stage. The pipe laying of the second line is almost complete.

Earlier, Sputnik radio reported that the Ukrainian ambassador to Germany, Andriy Melnyk, demanded guarantees of joining NATO after the imminent launch of the Nord Stream-2.