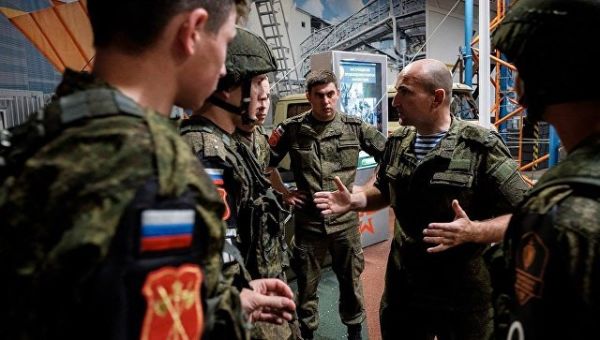 Turkey, Greece, Hungary are ready to participate in the competition, said Vitaly Koch, deputy head of the Main Military Police Department of the Ministry of Defense

BELGRADE, September 3. / Correspondent of TASS Pavel Bushuev/. The countries of the North Atlantic Alliance have expressed their desire to take part in the "Guardian of Order" competition (the stage of the International Army Games) in 2022 in Serbia. This was stated in an interview with a TASS correspondent on Friday by the deputy head of the Main Military Police Department of the Russian Defense Ministry, Major General Vitaly Koch.

"Serbia has already sent an official proposal that they want to host the competition again. Next year, significantly more teams are expected here. NATO countries - Turkey, Greece, Hungary-have also expressed a desire to participate in this competition. This is also the only ArMI competition that is held in Europe, " the general stressed.

"The countries of Latin America, the Pacific region, a number of Arab states, as well as the countries of the former Yugoslavia have also expressed their desire to participate in the"Guardian of Order" -2022 contest, " Vitaly Koch said.

Russia's victory in the "Race of Heroes"

"We won the final, the most important and spectacular stage of the "Guardian of Order" competition - the "Race of Heroes". Our team passed the stage almost 9 minutes faster than the Serbs. And in the overall standings of the competition, according to the results of all four stages, Serbia won. However, it is positive that the race ended on such a winning note for us, " Koch said.

"The main goal of the Guardian of Order contest was to meet colleagues, exchange experience and create an atmosphere of friendship and mutual understanding, and this goal was achieved. The general atmosphere of the holiday was present at all stages. We have already congratulated our Serbian colleagues on their victory, " the general said, noting that over the past days the competition was attended by Serbian Defense Minister Nebojsa Stefanovic, as well as Interior Minister Aleksandar Vulin.

The international stage of the "Guardian of Order" competition was held on the territory of Serbia for the first time. In addition to the Russian team, military personnel from Iran, Kazakhstan, Qatar, Cyprus and Serbia took part in the military police competitions. The competition, consisting of four stages, was held at two training grounds in the Serbian city of Kraljevo.