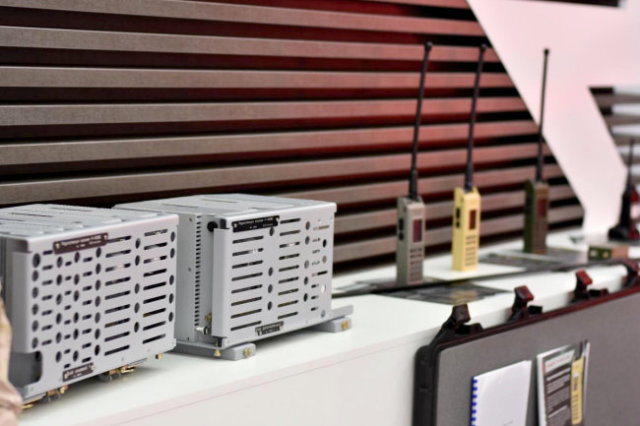 According to the press service of the NGO "Angstrom", which developed the radio stations, among those who wanted to get acquainted with the characteristics of various types of" Excitement " and the conditions for their purchase were both our CSTO allies from Armenia and Belarus, as well as representatives of the military departments of countries in Africa, Asia and Latin America: Myanmar, Sudan, Uganda, Iran, Cuba, Mali, Pakistan, Burkina Faso.

The talks with the delegations of Myanmar, Armenia and Cuba were particularly constructive. The delegation of Myanmar was the most representative in terms of the composition and level of participants in the negotiations. The Cuban delegation was headed by military attache Monica Milian Gomez, who has experience in modernizing and organizing communication systems.

The SDR platform used in Azart radio stations provides seamless end-to-end compatibility with radio stations of previous generations working with different protocols and frequency ranges. The mode of pseudo-random adjustment of the operating frequency at a speed of up to 20 thousand jumps per second eliminates the possibility of technical suppression of communication by remote means of enemy electronic warfare or accurate direction finding of the signal.

The line of radio stations "Azart" is exclusively a Russian development. The central processor, software, circuitry, topology of printed circuit boards and the design of the radio station are fully developed on the territory of Russia by domestic scientists and engineers. Azart radio stations have been supplied to the Russian army for more than 10 years and have proven themselves perfectly. 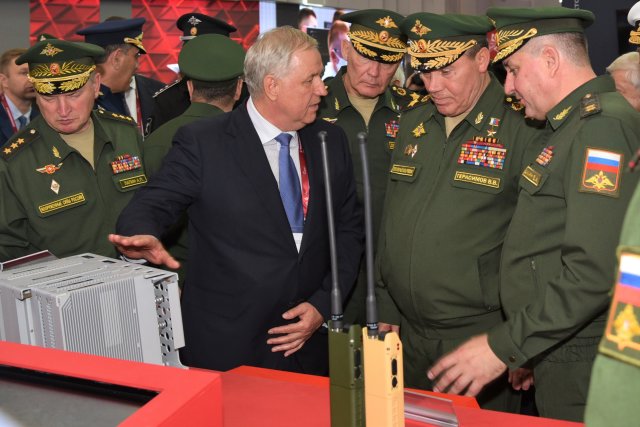 The rights to this material belong to Российская газета
The material is placed by the copyright holder in the public domain
Страны
Армения
Белоруссия
Буркина-Фасо
Иран
Куба
Мали
Мьянма
Пакистан
Россия
Судан
США
Уганда
Компании
Ангстрем
Минoбороны РФ
ОДКБ
Персоны
Герасимов Валерий
Do you want to leave a comment? Register and/or Log in
Log in via Facebook
The Permanent Representative of the Russian Federation to international organizations in Vienna Ulyanov called the refusal of AUKUS to provide data on the union abnormal
In the USA, it was proposed to ban "Solntsepeki" and "Pinocchio"
The United States agrees with Stoltenberg on the inadmissibility of Russia's influence in the issue of NATO expansion
Putin signed the law on the powers of Roscosmos in the field of infrastructure construction
Korean aircraft carrier "won back" funding
Конфликты: Йемен - "забытая" война
The National Interest (США): российский танк Т-80 — это не шутка
In the USA, they were surprised by the size of the Su-75
Russia will offer India the technology of the Octopus tank
Шойгу счел необходимым построить в России еще несколько крупных городов
The State Duma appreciated the idea of banning the sale of grenades after the shooting at the MFC in Moscow
British military demanded $1.1 million for stuttering after Estonian frosts
Sasapost (Египет): американцы создают самый мощный лазер в истории. Что это значит?
Tank killer: the work of the PTKM-1R anti-roof mine was shown on video
Корпорация "Иркут" до конца 2018 года поставит ВКС РФ более 30 истребителей Су-30СМ
other topics discussed
2006-2021 © ВПК.name. All rights reserved.
When reprinting, link to ВПК.name required.
User agreement.
№ 21-PP in the register of information distributors.
18+
Website hosting: TimeWeb.