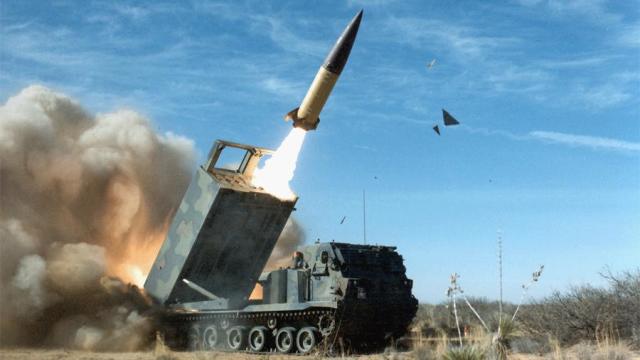 TSAMTO, August 30. The US Department of Defense announced the signing by the command for the conclusion of contracts of the US Army with Lockheed Martin of an agreement to perform work under the ATACMS OTR service life extension program and the corresponding PU for the US Army and the Romanian Armed Forces under the "Foreign Military Sales" program.

The ATACMS service life extension program involves receiving stored missiles, upgrading and restoring them to the "as new" state with an extended service life.

The cost of the agreement was $ 16.7 million. The work will be performed at the enterprises in Clearwater (Florida), Windsor Locks (USA).Connecticut), St. Louis (pcs.Missouri), Lufkin (pcs.Texas), Williston (Vermont), Boulder (Colorado), Camden (Arkansas) and Grand Prairie (USA).Texas). It is planned that the contract will be completed by September 30, 2024.

As reported by TSAMTO, in August 2017, the US State Department approved the potential supply of 54 HIMARS MLRS launchers to Romania under the Foreign Military Sales program, 81 containers with M31A1 GMLRS guided missiles with a unitary high-explosive warhead, 81 containers with M30A1 GMLRS guided missiles with an alternative warhead, 54 containers with M57 operational-tactical missiles (ATACMS) with a unitary high-explosive warhead, 54 transport-loading vehicles M1084A1P2, as well as other machinery, equipment and services. The total cost of the sale was estimated at up to $ 1.25 billion.

An initial contract worth $ 218.058 million for the supply of HIMARS MLRS for the Romanian Armed Forces would have been signed with Lockheed Martin Corp. August 10, 2018.

Deliveries of the ordered systems to Romania began in February 2021.